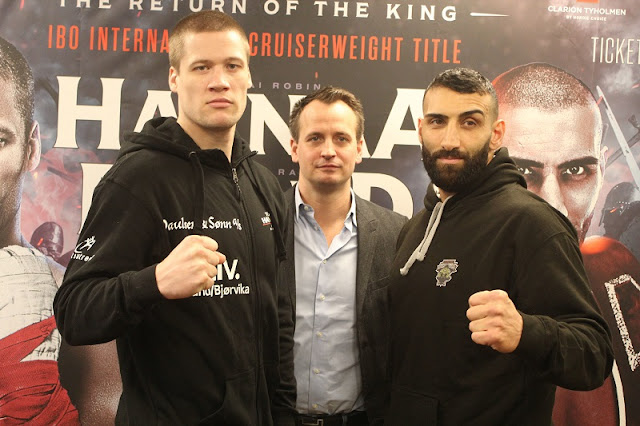 Norway will be hosting its first  male championship boutique in over 40 yearsy the last time was Harald Skog’s WBA World Light Heavyweight title fight with Victor Galindez in 1976. This time Kai Robin Havnaa (13-0, 11 KOs) and Rad Rashid (16-4, 13 KOs)  will clash for the IBO International Cruiserweight title on Saturday at SØR Amfi in Arendal.

Kai Robin Havnaa is looking forward for fighting for the second time in front of his home fans and will be delighted to win his first professional title in front of them. His last fight in Norway was a stoppage win over Daniel Vencl inside two-rounds on February 3 following that performance  with the show reel second-round stoppage of Frank Bluemle at the Baden Arena in Offenburg on April 28 in 2017.

Rashid who has won  13 of his 16 wins inside the distance, has made his intentions pretty obvious, iterating in the Press Conference “I am just here to fight” 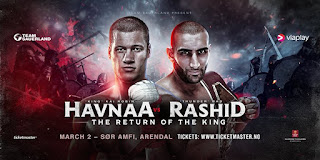