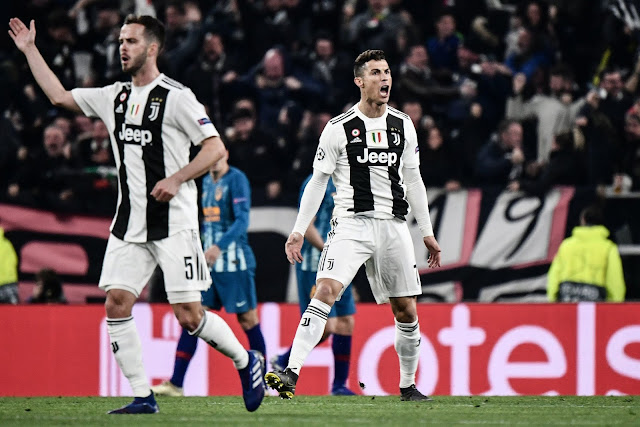 ↑ Grab this Headline Animator
Key Moments Recap :
Goal : 27′ Cristiano Ronaldo 1 – 0
Bernadeschi, who’s drifted inside onto the left, looks up from deep and curls one onto the head of Ronaldo, who’s just outside the six-yard box.He beats Juanfran in the air and Szczesny at his near post to put Juventus within a goal of levelling the tie.

Goal : 48′ Cristiano Ronaldo 2 – 0
Ronaldo has found his Champions League form with a stunning header from Cancelo’s cross for his second of the night to bring Juventus level.
Initially it looks like Oblak has made a stunning save to keep it out, and we play on – but a couple of seconds later Kuipers blows his whistle after getting a signal from the goal-line technology, and the tie is back to level terms!

Preview
Juventus go into this game with hopes of overturning a two goal deficit, as they welcome Atletico Madrid to the Allianz Stadium for the Second leg of the UEFA Champions League Round Of 16 second leg.

Two weeks ago, Atletico Madrid came out victorious when Juventus visited the Wanda Metropolitano, thanks to two late goals from Jose Maria Gimenez and Diego Godin. Diego Simeone and his Boys will now visit Italy with huge advantage.

Cristiano Ronaldo, 34 had been the topic ahead of the first leg, having scored 50 goals for Real Madrid in the knockout stages and had even tested Oblak in the first leg but just like in the past, the Rojiblancos got Ronaldo without answers to their coordinated defense. 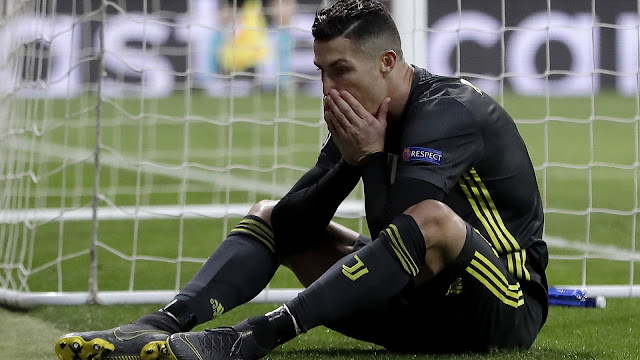