Junior Fa KnocKs Out Newfel Ouatah In The First Round 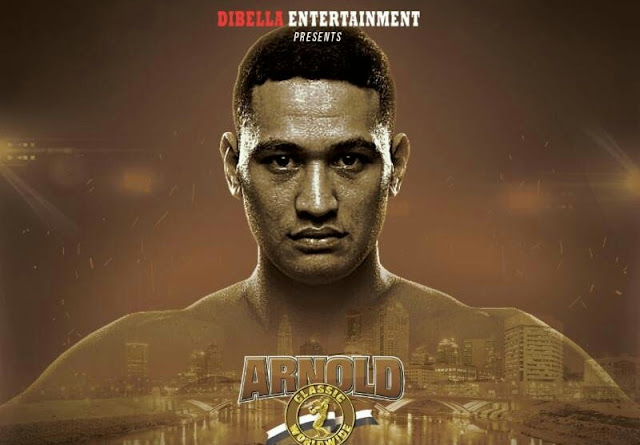 Junior Fa Ends Newfel Ouatah In The First Round, With Four Knockdowns 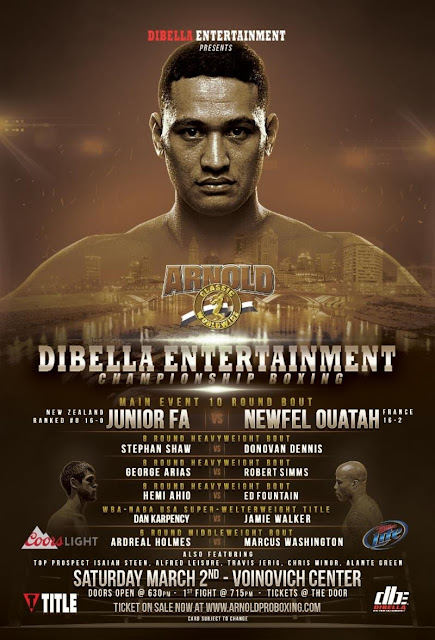 Broadway Boxing series brought to you by DiBella Entertainment will be hitting Columbus, Ohio in partnership with Arnold Sports Festival (owned by entertainment legend and politician Arnold Schwarzenegger) brings you an action packed heavyweight card at the the Voinovich Center on Saturday, March 2. Broadcasted live on live on LIVE.DBE1.com, Starting 7pm ET.

Junior Fa will be making his fourth visit to the US, defeating Fred Latham twice and won and a 10-round decision versus Craig Lewis on March 9, 2018. In his recent fights, he defeated Luis Pascual via a 10 round unanimous decision and knocked out Rogelio Omar Rossi in the first round on December 15, 2018.

Newfel Ouatah in his last fight defeated Tamaz Zadishvill via third round knockout, back in December 22, 2018, in Rhone, France. In the past he had already faced former world title challenger Johann Duhaupas in 2017.