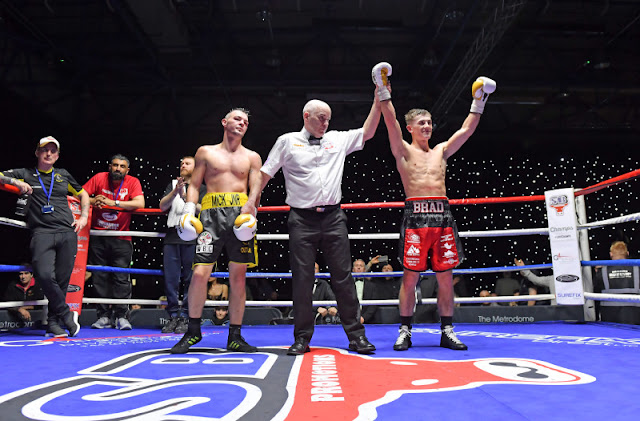 Josh Wale lost his British super-bantamweight title fight to Brad Foster at the Metrodome via unanimous decision,  scored by the Judges  117-112,117-112, 119-10. A fiercely contested fight in front of 1,000+ fans at an extremely loud Metrodome. Foster did edge him the majority of rounds.

Former British bantamweight champion Josh Wale is out to set a record of being the first British two-weight champion on march 8th, when he will be moving up im weight to face unbeaten Brad Foster for the vacant British Super – Bantamweight title.

Wale is coming off a contentious majority decision loss to Georges Ory few months ago, when he fought for the European title in France, taking the fight on short notice.

“I needed this fight because I have been a bit down. At this stage of my career, which I am very happy with, I need fights that excite me and nothing does that more than a major title fight in Barnsley. It would be a dream come true to win it in BarnsleyB Speaking to the Chronicle.
“Bringing boxing back to the town was a massive thing for me and after it being a sellout there last time it’s something that we have to build on. My fanbase is big enough for the Metrodome and I have always wanted to achieve things in my hometown. It is just that the opportunities in my career have been in different places.”

Brad Foster on the other hand will be fighting to become the youngest British champion. Being just 21 years of age with in his eleventh pro bout.