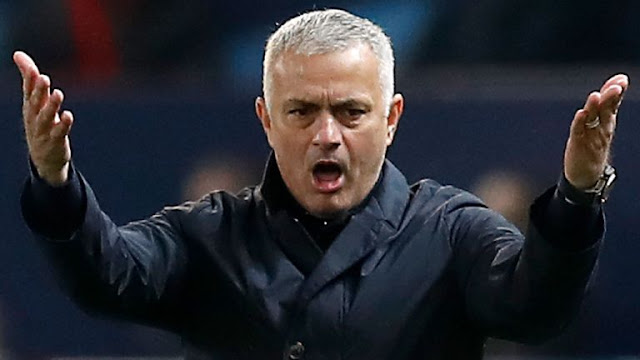 Real Madrid got eliminated by Ajax in the UEFA Champions League round of 16 second leg clash 1 – 4 at the Santiago Bernebeu, despite a 2 – 1 advantage in it he first leg. This left the Real Madrid fans screaming for Jose Mourinho’s return on the streets.

Jose Mourinho left the Santiago Bernebeu in 2013, after three years incharge of the spanish giants and despite claims of the club making an initial contact with the Portuguese, Mourinho abstained from any kind of disrespect towards the existing Head Coach Santiago Solari.

“I am proud of that, but Real Madrid have a manager. Obviously it’s a reason to be proud but nothing more than that.
“There has been nothing [between me and the club] – not even the minimum contact. I haven’t done that [spoken to the players or the president] . Like you say, there are rumours. But rumours in football are bad.”

Delivered by FeedBurnerJose Mourinho also acknowledged the fact that Real Madrid has achieved so much recently, in terms of UEFA Champions League and tipped their record three consecutive Champions League record to last very long.

” It was surprising, but I see it with a lot of respect for all they have done before. You can’t win four, five, six Champions Leagues in a row.
“They know that when they have won I have been happy for them, and they know I am not in any way happy about what has happened.
“But it’s like I tell you, I have a lot of respect for what they have done and let’s see if another team can do it – I don’t think it will ever happen again.”