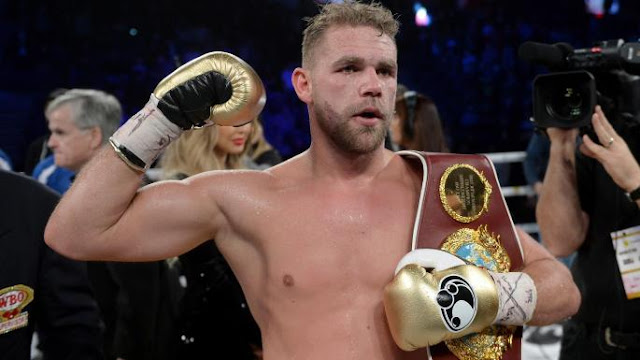 ↑ Grab this Headline Animator
Billy Joe Sounders will returning to the ring to face Shefat Isufi on May 18 at Lamex Stadium, a soccer venue that’s home to Stevenage FC, in Hertfordshire, England. This was annoannou Promoter Frank Warren and broadcaster BT Sport announced Monday, 25th of March.
Sounders was in October  stripped of his WBO supper middleweight title for testing positive to a banned substance, Oxilofrine. The test was a performance-enhancing drug test administered by the Voluntary Anti-Doping Association and due to that was denied license by Massachusetts State Athletic Commission to deny Saunders’ license to face his mandatory challenger Demetrius Andrade on October 20 in Boston.
Saunders (27-0, 13 KOs) is ranked No. 2 by the WBO, while Isufi (27-3-2, 20 KOs) is rated No. 1 at super middleweight, though presently relatively untested at Championship level opposition.