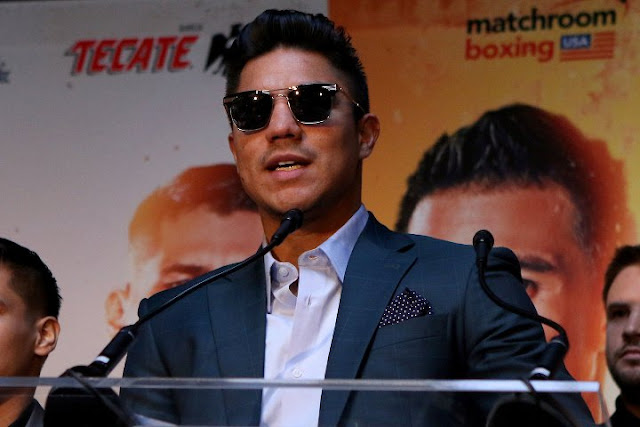 ↑ Grab this Headline Animator
Former champion Humberto Soto will be facing Jesse Vargas in aafight set at 150 catch-weight on April 26th at The Forum in Los Angeles, California.
The card which is Headlined by Srisaket Sor Rungvisai rematch with Francisco Estrada will be the former two-division champion’s (Vargas) first fight since announcing his move up to 154 pounds.
Vargas recent fights have ended in a draw  first against Adrien Broner and then Thomas Dulorme, all in 2018.

Delivered by FeedBurnerHumberto Soto is coming into the fight on the back of an upset unanimous decision win over Brandon Rios, last month in a card streamed live on DAZN in Tijuana.

Jesse Vargas has made his intentions known concerning his move up to Junior Middleweight and this seems a tune up fight, in preparation for the opposition he will be meeting in the actual weight of 154.

The Main Event will be a Rematch between Sor Rungvisai and Francisco Estrada. A Fight Rungvisai edged with a unanimous decision