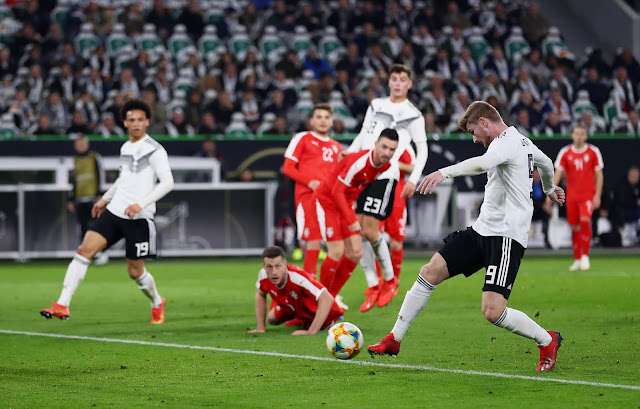 ↑ Grab this Headline Animator
Key Moments Recap :
Goal : 0 – 1 Luka Jovic
With Serbia’s first corner of the night. Ljajic’s corner deflects through to the 21-year-old who nods it past Neuer from close range! A surprise start here in Wolfsburg!

Goal : 69′ Leon Goretzka 1 – 1
Reus’ pass to the edge of the box is picked up by Goretezka. He shifts the ball past Lukic on his right boot before curling the ball into the left-hand side of the net. A fine goal from the substitute. That will lift the mood around the Volkswagen Arena!

Red Card : 90′ Milan PavkovA red in a friendly for the substitute Pavkov after he puts in a horrendous challenge on Sane. Correct decision by referee Madden. That was dangerous. 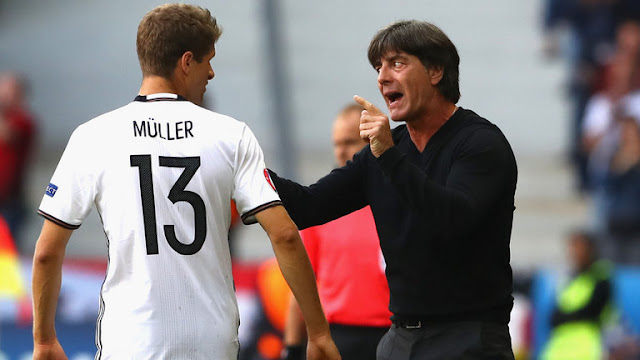 Germany lead by Joachim Low, have decided to opt for a younger squad following their disgraceful run in the UEFA Nations League and last year FIFA World Cup.

Germany have only won two of their last six outings, which has prompted Low to make sudden changes. He has omitted Bayern Munich big names, such as Thomas Muller, Mats Hummels and Jerome Boateng. Jonas Hector, Sebastian Rudy and Mario Gotze have also been omitted, though still with thoughts of including them in the future.

Serbia will definitely be a difficult task for Joachim Low’s side, being made up of a squad of big names such as Aleksandar Kolarov, Dusan Tadic and Nemanja Matic.

Germany will also be hoping totget their first win against Serbia after losing thier last two meetings with the Serbs.