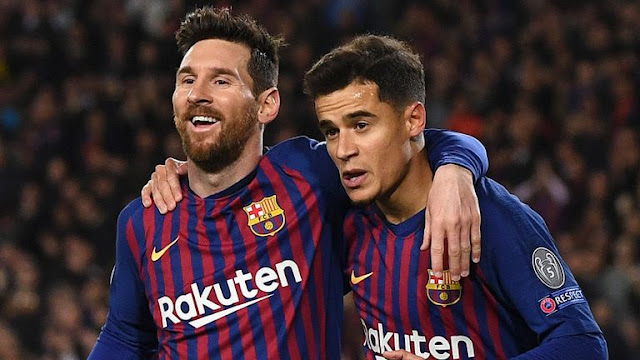 ↑ Grab this Headline Animator
Key Moments Recap :
Goal : 18′ Lionel Messi (pen.) 1 – 0
A panenka down the middle from Messi. Cool as you like. Barcelona have their lead in this tie

Goal : 31′ Philippe Coutinho 2 – 0
Arthur carves an incisive pass through to Suarez. He skips by Marcal before squaring for Coutinho to casually tap into the empty net. This look like it’ll be a comfortable evening for Barcelona.

Goal : 58′ 2 – 1 Lucas Tousart
The corner is worked to Depay who crosses in.. and the loose ball finds Tousart who hits it in on the volley! Game on!
But hang on, VAR is coming into play now… was Tousart or Marcelo offside? The answer is no. The goal is given.

Goal : 78′ Lionel Messi 3 – 1
Messi drives at the defence and shows incredible balance to lose Marcelo and Denayer with a neat peg back onto his right boot. Gorgelin gets a weak hand on it but he can’t stop it from trickling into the bottom corner

Goal : 81′ Gerard Pique 4 – 1
With Lyon completely open at the back, Messi charges forward and squares for the unmarked Pique at the far post to slide in and tap home. 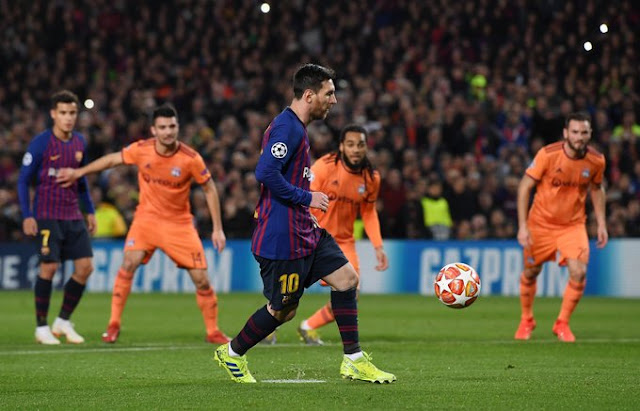 Preview
FC Barcelona struggled and couldn’t find the net in their UEFA Champions League Round Of 16 first leg goalless draw at the Stade des Lumieres but will now have the home advantage when Lyon visit the Camp Nou on Wednesday 13th March.

FC Barcelona recovered from the goaless draw at the Stade De Lumieres with three big away wins against top Spanish sides (4 – 2 Sevilla, 3 – 0, 1 – 0 Real Madrid ) and the past weekend defeated Rayo Vallecano 4 – 1. They have all together scored twelve gools and conceded three in four games.

The French side Lyon, have had a pretty average form and will be riding into the game on the back of a 2 – 2 draw with Strasbourg. They have failed to win any of the away games in their last six outings, which is however contrasting to their home games, which has ended wins except for the goaless draw against FC Barcelona.

FC Barcelona will need only a win at this point to qualify for the next stage (Quarter Finals) while a draw and a win will see Lyon through howbeit, a goaless draw will see both side go into extratime and if there are no differences, will settle it with a Penalty shoot out. 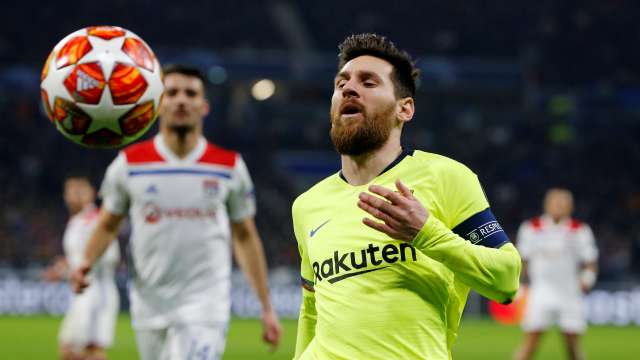