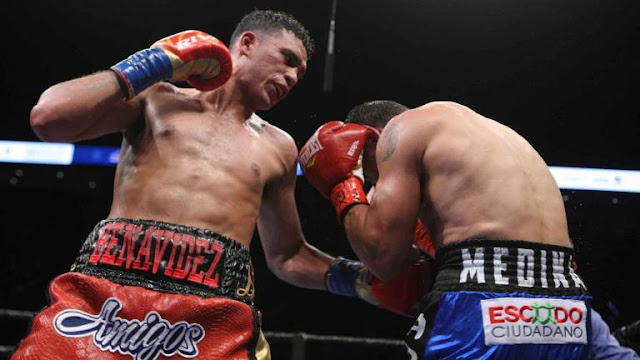 ↑ Grab this Headline Animator
WBC Super Middleweight champion Anthony Dirrell has been ordered to fight the WBC champion in recess, David Benavidez and the winner will be facing Avni Yildirim.
The order was given in a press conference  held at the Ciragan palace, in Mexico. The WBC President Mauricio Sulaiman said.

“I am very proud of these three fighters. Dirrell is a two time WBC champion who has overcome adversity and defeated cancer, Benavidez is a young man who has come back from the evils of recreational drugs and has found a path for a new life and Yildirim is a national hero hoping to become the first world champion from Turkey, who has dedicated his life with sacrifice and passion to make his dream come true” .
“This is what boxing is all about, the best fighting the best and I applaud the three sides for working together in this process”.

Benavidez got striped of the title after testing positive to Cocaine in an out of competition  random drug test and Dirrell won the vacated title with a split decision win over Yildirim.

Benavidez returned to action with a two round demolition of J’leon love on the Spence – Garcia fight Card a Week ago.