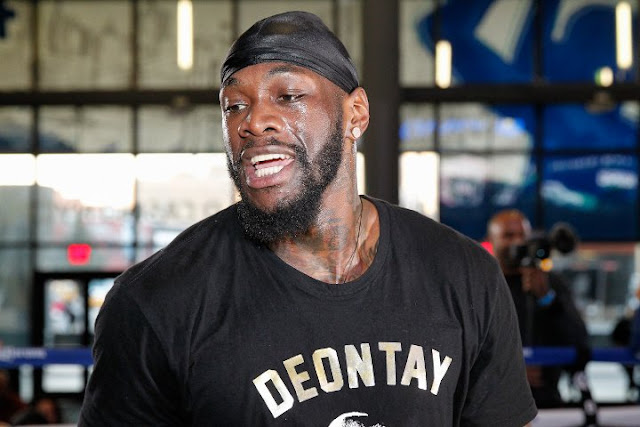 ↑ Grab this Headline Animator
WbC Heavyweight World Champion Deontay Wilder will be making a mandatory defense of his title against challenger Dominic Breazeale and despite the different rules broadcasting options at his disposal, concedes he will prefer having the fight on Free To Air Fox than PPV.

“Pay-Per-View for me is definitely those big moments, those special magical moments for fights that people have to see. Breazeale don’t fit that bill,” Wilder readily admitted when asked during a recent interview on Tha Boxing Voice podcast. “Nobody knows Breazeale. He tries to play that tough man role, but his voice ain’t even deep enough for starters and he ain’t got no swagger.”

Barclays Center has been set as a probable venue for the fight set for June 18 but the broadcasting options are still yet to be discussed.

Delivered by FeedBurnerDeontay Wilder, who made his Pay-per-view debut in his last defense, fought to draw against Tyson Fury is weighing into the cost of having the fight shown on Pay-per-view, with Showtime, ESPN and FOX etcetera all charging due to the turn up in his fight against tyson Fury.

“I would definitely much rather fight Breazeale on (free-to-air) Fox,” Wilder notes. “Let’s get the (viewership) up. I’d love to go on Fox and fight Breazeale.”

Breazeale got into the mandatory position with KO win Eric Molina, in five rounds, 9th round knockout of Carlos Negron last December and before then a fifth round KO of Izaugbe Ugonoh, who knocked him down in yet first round.