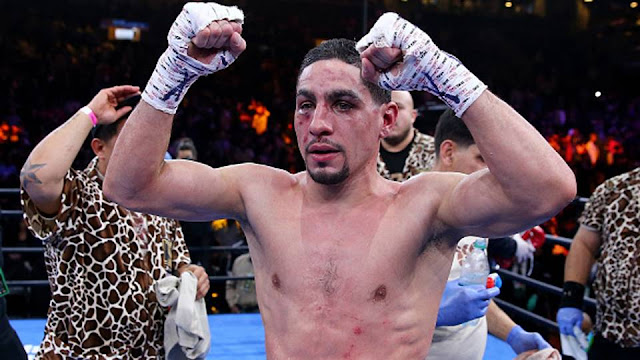 ↑ Grab this Headline Animator
Former two-division world champion Danny Garcia (34-2, 20 KOs) will be back in the ring against hard-hitting veteran Adrian Granados (20-6-2, 14 KOs) in a card by Premier Boxing Champions on FOX and FOX Deportes on Saturday, April 20 from Dignity Health Sports Park in Carson, California.
Garcia has a big resume with wins against former and present world champions, a list that includes Erik Morales, Zab Judah, Kendall Holt, Amir Khan, Lucas Matthysse, Paulie Malignaggi and Lamont Peterson. He is coming off a close split decision loss to WBC Welterweight Champion Shawn Porter back in September.

Delivered by FeedBurnerGranados (20-6-2, 14 KOs) is a veteran with a resume filled with action packed performances against world class opponents, including Shawn Porter and Adrien Broner. He is coming into the fight on the back of two knock out wins  following a fight against Javier Fortuna that ended in a no contest.