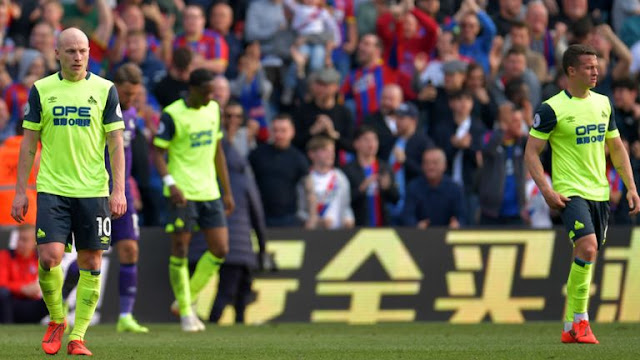 Goal : Patrick Van Aanholt 2 – 0
It takes a left-back to show ’em how it’s done, Van Aanholt, in space, 12 yards out, rifles the ball past Hamer. Huddersfield in all sorts of trouble. 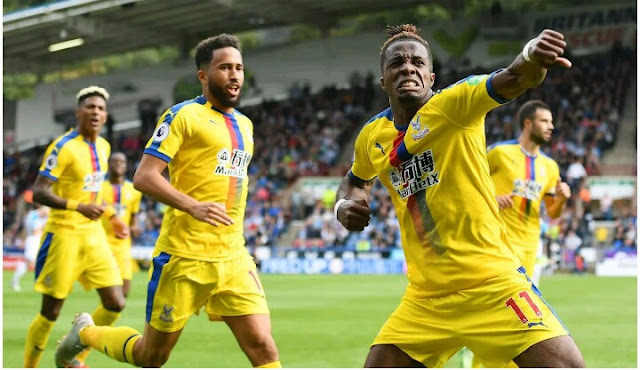 Crystal Palace will host bottom place Huddersfield Town at the Selhurst Park after the International break, a team they have defeated in their last three meetings.
However, Crystal Palace will be hoping to make it back into the winning side after losing their last two games to  Brighton and Watford respectively. They have three wins and three loses in their last six games and will stand a chance of moving two places with a win on Saturday.
The doomed to relegate Huddersfield Town  seem to have nothing to lose, as their fate already seem concluded. They have won lost one of their last six games and have just 14 points in 31 games. They will however, take positives from their 4 – 3 loss to Crystal Palace before the international break.
Crystal Palace are five points away from the relegation zone and a win will further solidify their position, as Southampton and Brighton directly below them luck horns but a draw might see them get drawn down by either of the two teams especially Brighton.
Huddersfield Town might just have themselves relegation concluded, if they lose to Crystal Palace and all odds go in favor of their loss  as they have done so in 17 of their last 19 games.
In their last outing back in Sept 2018, the eagles edged the Terriers with just a goal by Wilfried Zaha