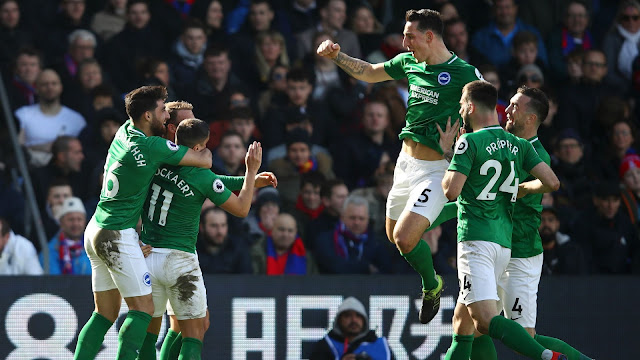 ↑ Grab this Headline Animator
Key Moments Recap :
Goal : 19′ 0 – 1 Glenn Murray
A hoof from Duffy is not intercepted by Tomkins, whose lazy header into the ground bounces into the path of Murray to smash into the bottom corner! A great finish! That’s Murray’s 100th league goal for Brighton!

Goal : 50′ Luka Milivojevic (pen.) 1 – 1
Milivojevic sends Ryan the wrong way and slots it down the right-hand side. That’s his ninth league goal this season. Palace are level!

Goals :74′ 1 – 2 Anthony Knockaert
WHAT A GOAL! Knockaert picks the ball up on the right flank. He cuts inside and moves the ball onto his left foot before delightfully curling his strike into the top corner off the inside of the post! That was unstoppable – what a strike! 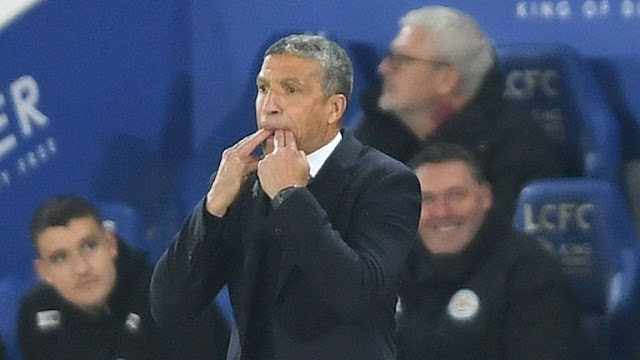 Crystal Palace will have a chance to revenge the 3 – 1 loss to Brighton & Hove Albion when they visit the Selhurst Park on Saturday, Lunch time.

Having nine games left in the season, with eight and five points respectively above the relegation. A win here for either side will further solidify their chances of surviving the drop zone.

Chris Hughton is hoping his side, Brighton can build on the their December triumph over the Eagles on Saturday.

“Hopefully we can use the memories of the game in December.
“They have some very good individuals and are in good form and we know we’ll have to be at our best.
“It’s a big one for both sets of supporters. It’s one they don’t want to lose – speaking of our fans, they’ve been excellent all year.
“Our supporters will make themselves heard, and it’s up to us to reward them for that.”

Midfielder Pascal Gross will not be on the field for Brighton, as he still nurses the hamstring that led to his missing their Huddersfield Town last weekend.
Mamadou Sakho won’t be featuring for Crystal Palace,, as he just went through a knee surgery a week ago.