Skip to content
HomeChampions LeagueCristiano Ronaldo Charged For His Celebration

Cristiano Ronaldo Charged For His Celebration 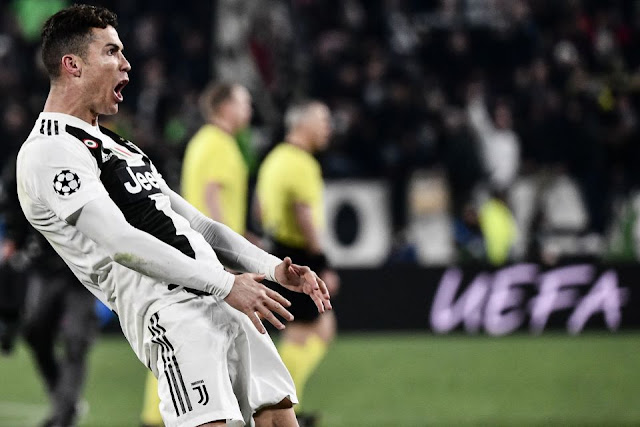 ↑ Grab this Headline Animator
Cristiano Ronaldo has been charged for charged with improper conduct by UEFA for his celebration, after scoring the final goal that ensured Juventus qualified for the UEFA Champions League Semi Finals, dumping out Atletico Madrid.
Cristiano Ronaldo was seen mimicking Atletico Madrid’s manager ‘crotch-grabbing’ celebration after scoring the final goal of the Hat Trick in the second leg if their round of 16 tie at the Allianz Arena in Turin.

Delivered by FeedBurnerDiego Simeone was charged £17000 fine for the celebration, which made it very inevitable that the his celebration will also attract a fine from the European football governing body.

Simeone apologize for his act but Ronaldo is yet to reply to the Charge levied on them by the  UEFA Control, Ethics and Disciplinary Body with the later set deal with this case at its next meeting on March 21..

Juventus will visit Ajax in the first leg of their Champions League quarter-final in Amsterdam on April 10.