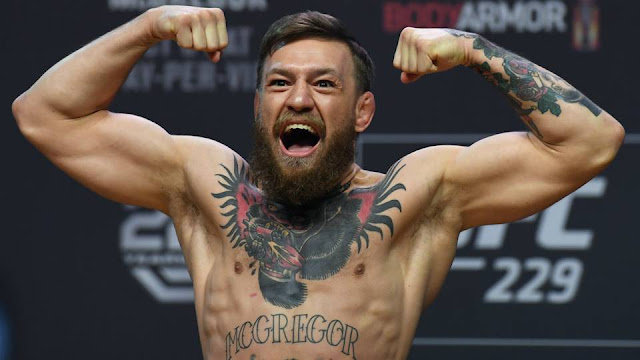 ↑ Grab this Headline Animator
Former UFC Two – Divisions Champion Conor McGregor has decided to retire from Mixed Martial Arts, tweeting his decision in the early ours of Tuesday and wished every one else still in the business good luck.

Hey guys quick announcement, I’ve decided to retire from the sport formally known as “Mixed Martial Art” today.
I wish all my old colleagues well going forward in competition.
I now join my former partners on this venture, already in retirement.
Proper Pina Coladas on me fellas!

Reports from MMA junkie had it that, Conor McGregor few hours ago claimed to be in negotiations for a fight in an interview aired on “The Tonight Show” with Jimmy Fallon, before posting the message on Social Media.

The UFC President Dana White commented on the new development and seems to be taking the Former champion seriously.

“He has the money to retire, and his whiskey is KILLIN’ it,” White said in a statement obtained by MMA Junkie. “It totally makes sense. If I was him, I would retire too. He’s retiring from fighting, not from working. The whiskey will keep him busy, and I’m sure he has other things he’s working on. He has been so fun to watch. He has accomplished incredible things in this sport. I am so happy for him, and I look forward to seeing him be as successful outside of the octagon as he was in it.”

Conor McGregor was last seen in the Octagon in October against UFC Lightweight Champion Khabib at UFC 229  and has since been on suspension for his role in the Post Fight brawl.

The suspension will be lifted on April 6th but whether McGregor is serious with his message, is still verv unclear.