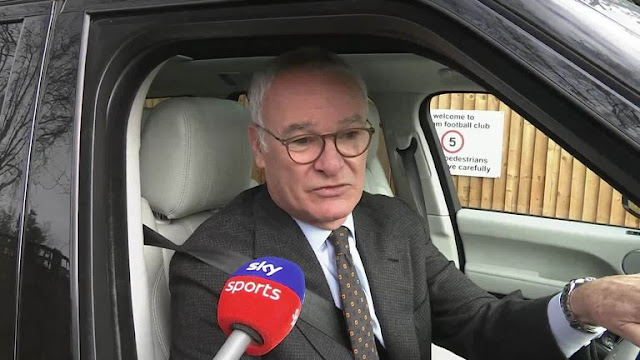 ↑ Grab this Headline Animator
Claudio Ranieri has been appointed Head Coach by AS Roma after dismissing Eusebio Di Francesco on Thursday, after they got kicked out of the UEFA Champions League by FC Porto.
Claudio Ranieri was sacked by Fulham one week ago following a run of poor results, racking up just three win in seventeen games and earned them a place in the Premier League relegation zone.

Delivered by FeedBurnerRanieri spent eighteen months in charge of Roma back in 2009 to 2011 and led them to a title challenge. According he couldn’t resist the call from Roma and expressed happiness in his return back to Italy, especially the club he loved since when be was a kid.

“I’m delighted to be coming back home,” Ranieri said.”When Roma call you, it’s impossible to say no.”

Roma Director Francesco Totti believes Roma needs as many wins as possible in the remaining twelve games of the season to make the top four and believe Claudio Ranieri is “Save Pair Of Hands” for the job.

“Claudio’s from the city, he’s a Roma fan but more than that, he’s one of the most experienced coaches in world football,” said Roma director Francesco Totti.

“What we need now is a safe pair of hands to guide us back into the top four and ensure that we are playing Champions League football again next season. We have 12 games left and we need to win as many of them as possible.”