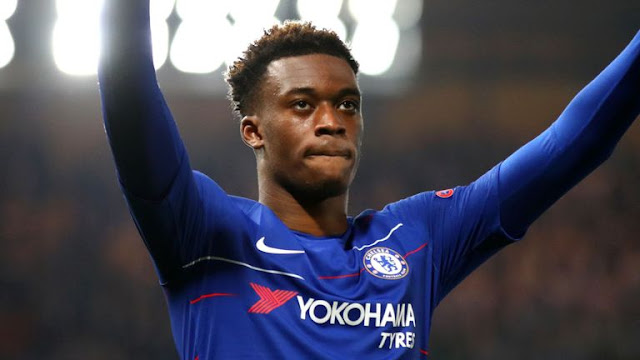 ↑ Grab this Headline Animator
Chelsea Boss Maurizio Sarri is confident Callum Hudson-Odoi will still be at Chelsea next season, despite interest from Big teams in Europe, especially Bayern Munich.
The German Giants made numerous bids, that all got rejected by Chelsea during the January transfer window and with his contract ending next season, his refusal to sign a new contract will only see him free to leave by the end of next season, when his contract expires.
The 18 year old rejected a new £85000 weekly deal and Sarri believes the club has no intentions of selling him even if he refuses to sign a new deal.

“I think so [that he will stay].
“I am not able to say if he is going to sign a new contract, but I think he will stay here with us in every case.”

Hudson-Odoi made his England National Team debut and helped the Three Lions defeat Poland 5 – 0 and Montenegro 5 – 1 during the international break. Asked if he was watching the youngsters performance, Sarri replied.

“I saw the English national team for 20 minutes and Callum didn’t start very well on the right. He did very on the left, immediately in his first action. But I know very well he prefers to play on the left.” 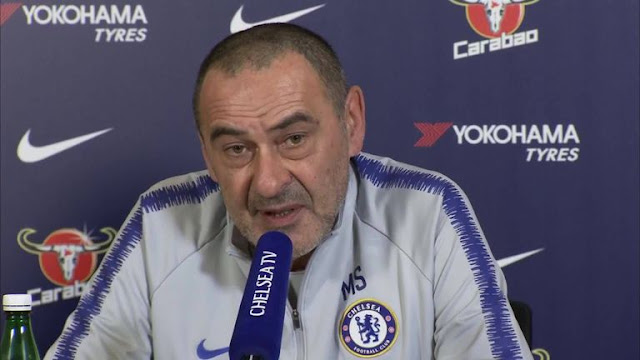 Sarri also gave his reason, why you might not be seeing this youngster regularly in the starting eleven, sighting the fact that the team is made up of other player playing in his position and made references to his most effective position.

“He started a lot of matches – probably not in the Premier League, but that’s by chance.
“It’s not a problem for me to put him the in starting XI in a Premier League match. He’s ready, but I can play only with two wingers. In the squad we have (Eden) Hazard, Willian, Pedro, so it’s not very easy to start every match here.
“In the near future he will start in 75 or 80 per cent of the matches. In the last season Callum was only 17 and he played three or four matches. In this season, he is only 18 and at the moment he has played I think 19 or 20 matches.
“I think the evolution is the right evolution. Probably he will play 30 or 35 matches in the next season, so I think with Callum we are on the right path.”