Skip to content
HomeFootball HighlightsHighlights : Brighton Edged By Southampton At The Amex Stadium 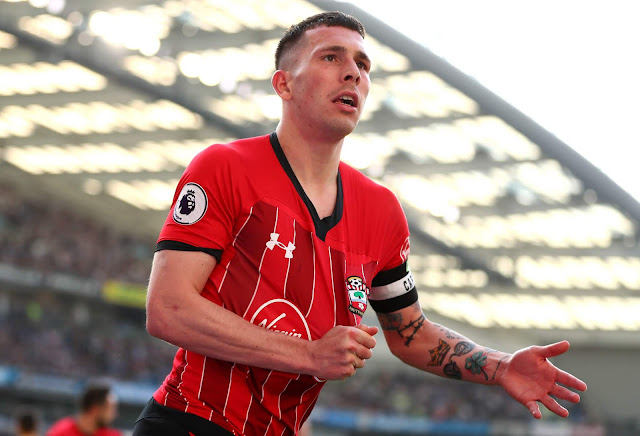 ↑ Grab this Headline Animator
Key Moments Recap :
Goal :  53′ 0 – 1 Pierre Hojbjerg
A rapid Southampton counter results in the opening goal of the game! Redmond rushes forward and lays it off to Hojbjerg on his left, who cooly slides the ball into the bottom corner! Brighton were lacking concentration and are made to pay for it!

Man Of The Match : Nathan Redmond

The Premier League game between Brighton & Hove Albion and Southampton will be a game between two teams struggling to remain in the league, as both teams stay five points at 16th and two points at 17th, above the drop zone respectively.
Brighton has been on some fine firm recently, picking up three wins with a draw in their last six outing, while Southampton has had just two wins and a draw in their last six games with two of those losses coming against top six opponents Arsenal and Manchester United.
However, Southampton will be hoping to build on their 2 – 1 win over Tottenham Hotspur, before the international break. A win here will see them go level with Brighton and Crystal Palace with possibilities of topingt them on goal difference, depending on Crystal Palace result this weekend.