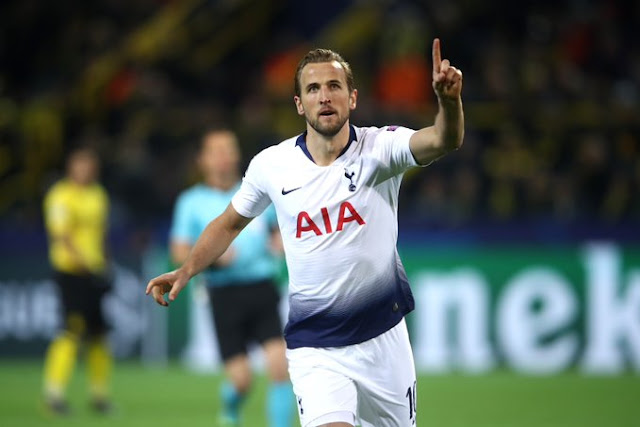 ↑ Grab this Headline Animator
Key Moments Recap :
Goal : 49′ 0 – 1 Harry Kane
Spurs steal the ball in the Dortmund half and Sissoko quickly plays forward for Kane, who is played onside and produces a clinical finish, bending the ball past Burki’s outstretched hand and into the net.

Borussia Dortmund will face a uphill battle task of overcoming a 3 Nil deficit, when they are visited by Tottenham Hotspur for the second leg of their UEFA Champions League Round Of 16 Clash.

Tottenham Hotspur have had issues scoring since their surprise victory over Borussia Dortmund in their first leg at Wembley, scoring just two goals in three games and losing two out of the three.

Dortmund on the other hand, loss their last game to Augsburg 2 – 1 Friday and will love to get a win in front of the home crowd on Tuesday.