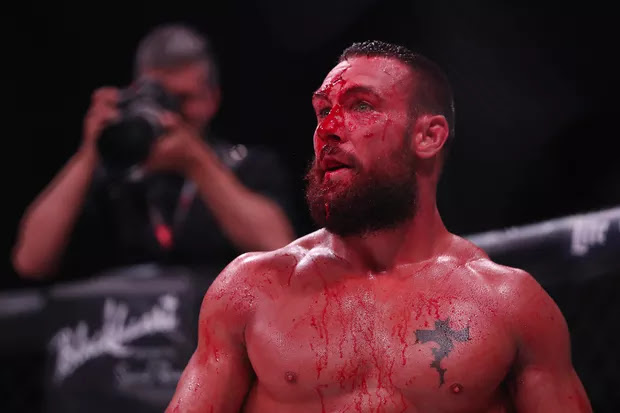 Brandon Gritz out walked Saad Awad to earn a decision in the Bellator 219 lightweight, scheduled three round main event.
Girtz immediately dropped Awad with punches early in the fight and opened a cut on his right eye after taking top position. After getting back on his feet,, the veteran got back into the fight by also opening a cut on Gritz face backing off Gritz with his punches.
The second round stated with some good slugging, as Awad landed many clean shots early in the round, while Gritz was countering with heavy hooks. Awad landed some knees but got taken down again by Gritz , who landed some clean strikes before the second round expired.
The third round started out with a brawl and a that continued till Gritz took Awad down, unleashed a barrage of ground strikes before Awad could make it back to his feet. While stabding both men, stood their ground landing some clean strikes, both fighters exchanged blows till the final bell. 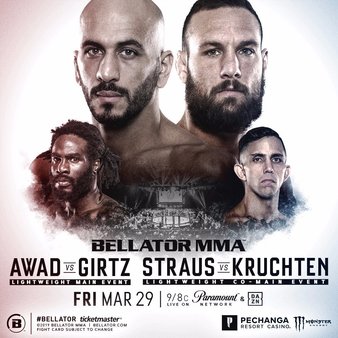