Skip to content
HomeBoxing NewsArtur Beterbiev vs. Radivoje Kalajdzic Finalized For May 4

Artur Beterbiev vs. Radivoje Kalajdzic Finalized For May 4 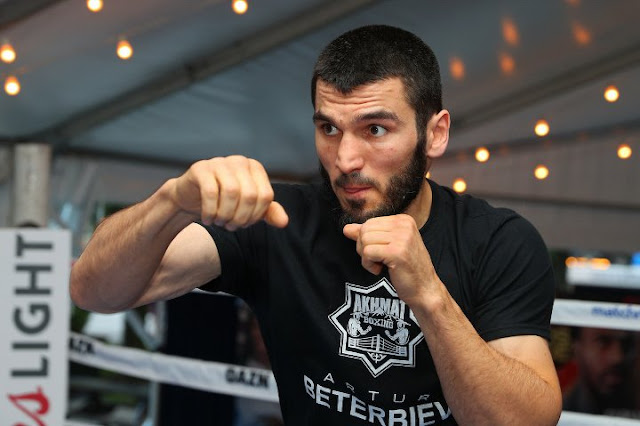 ↑ Grab this Headline Animator
IBF light heavyweight world champion Artur Beterbiev will defend his title and his 100% KO rate against Radivoje Kalajdzic on Saturday, May 4 at the Stockton Arena, California.
The fight will be his second defense and will be the main event of a card the features IBF Bantamweight World Champion Jerwin “Pretty Boy” Ancajas, who makes his seventh defense of his title against No. 1 contender Ryuichi Funai in the co Main Event.
The Card will be televised live on ESPN and ESPN Deportes (Spanish) at 10 p.m. ET/7 p.m PT. While the Undercard will begin live streaming by at 6:30 p.m. ET/3:30 p.m. PT on ESPN+

Delivered by FeedBurnenThe 34 year old Russia, Artur Beterbiev (13-0, 13 KOs) had a good amateur career that earned him a pair of European Championships gold medals and a gold medal at the 2009 World Championship and since turning pro has knocked former world champion Tavoris Cloud, stopped fourth-round stoppage over Enrico Kölling and survived a second round knockdown to stop Callum Johnson in four, in only his 13th bout.

“Top Rank is really excited to bring big-time boxing to Stockton on May 4,” said Top Rank chairman Bob Arum. “The light heavyweight championship between Beterbiev and Hot Rod will be a thrilling brawl. Gabriel Flores Jr. will have the opportunity to perform before his hometown fans, and we welcome Jerwin Ancajas back in a great fight against Funai.”