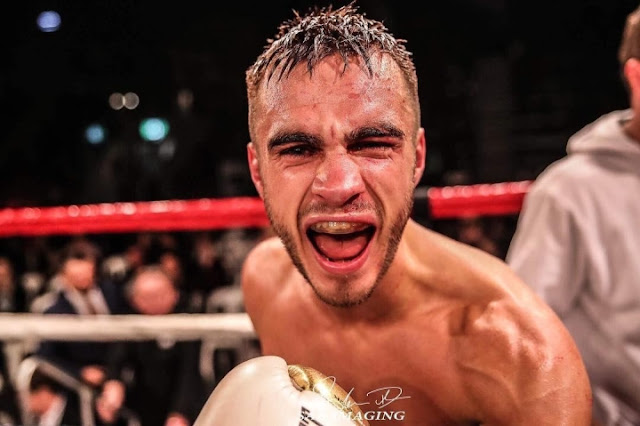 ↑ Grab this Headline Animator
Australian Andrew Moloney (18-0, 11 KOs)  will face Chilean Miguel Gonzalez in a WBA Flyweight eliminator on March 22 at the Gran Arena Monticello Casino, San Francisco de Mostazal in Chile.
The ones beaten Gonzalez (29-1, 8 KOs) has racked up The National title and presently holds a WBA regional title and the current WBA Latino fighter of the year. He is on a 12 fight winning streak since losing a decision to Paul Butler in September 2013.
Maloney on the order hand, is a stand out amateur with a gold achievement at the  2014 Commonwealth Games and since turning pro has built himself the resume of a top fighter, with his notable win coming against veteran Luis Concepcion via 10th round TKO.

Delivered by FeedBurnerThe unbeaten Maloney is making his first move out of Australia and is viewed as a very big step up opponent for the Chilean, as he has mostly faced below par opposition and his loss coming in his only venture outside his hometown.

“This is the type of fight I have been waiting for and a fight I’m really excited about,” Moloney (18-0, 11 knockouts) exclusively told The Ring. “My team has been looking to make the fight with Gonzalez for a while now so when I got news that the WBA had ordered that we fight for the world title eliminator I was over the moon.

“Gonzalez has a pretty standard style, he is a good boxer who comes to fight and comes to win. There isn’t really any huge mistakes he makes, I just believe I am an overall better boxer than he is and I will show that when we meet on March 22.”

The WBA super flyweight “world” Champion is Kal Yafai (25-0, 15 KO) and this fight will open up possibilities of facing the Champion in the future.