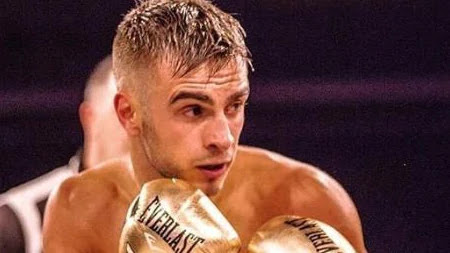 ↑ Grab this Headline Animator
Andrew Maloney stopped Miguel Gonzalez in the eight round of their Bantamweight  title eliminator on Friday evening in San Francisco de Mostazal, Chile. Broadcasted live on TVN Chilé, streaming live and legal on the network’s YouTube channel for external viewers.
Miguel Gonzalez recieved a double left hook that sent him tumbling to the canvas in the eight round and couldn’t gain his balance after getting back to his feet, giving the referee no options that to grant gains stoppage victory to Maloney.
Maloney was fighting for the first time out of Australia and understanding the unlikelihood of being favored in enemy territory, was all out from the opening bell with no intentions of letting the fight reach the cards.

Delivered by FeedBurnerGonzalez entered the fight  on a 12 fight winning streak since losing to former titlist Paul Butler five years ago and due to his status and magnitude of handles, was able to send Maloney on the road to Chile with ease. This could haveu

Signs of a home advantage was seen in the fight in the fifth round, when Andrew Maloney’s combination led to a slip and referee Romina Arroyo reversed his decision from a slip to a knock down, forcing Maloney to receive a count.

Maloney forced his frustrations on Gonzalez from the on, using his punching power more evidently in the fight-ending sequence and with two left hooks in the eight, paused and Blasted his opponent to the canvas. He made it up but definitely was fit to fight no more.