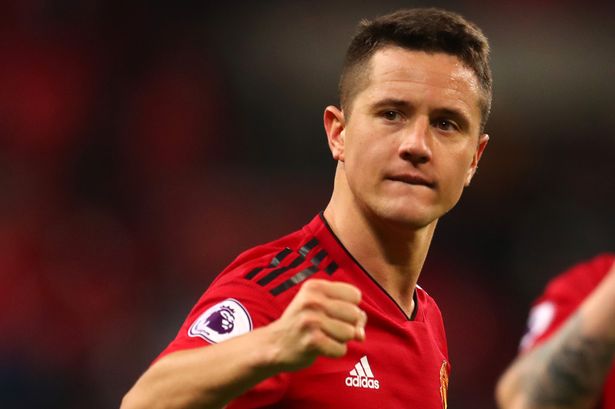 ↑ Grab this Headline Animator
Ander Herrera has admitted that his future at Manchester United is presently unclear and calls a possible move to French giants Paris Saint Germain (PSG )  a logical one.
The Spaniard, who has just few weeks on his contract at Old Trafford, will be allowed to leave for free, if a contract agreement isn’t reached with the Club before the end of the season.
Ander Herrera has been a very important figure in the Manchester United midfield, since the arrival of Ole Gunnar Solskjaer in December and he is ready to play till tbe end.

“It’s logical when you have three months left on your contract and it is the international break,” Herrera told Spanish publication El Periodico .
“I knew something would come out. I take it with a pinch of salt, I’m focusing on playing football in the remaining month and a half of the season.

“The rest I leave to my agent, both a possible contract renewal with United and talks with another club about my departure.”

Despite the uncertainty surrounding his contract extension, Herrera feels indepted tottheTot Manchester United fans for the love and “Phenomenal” treatment they have given him.

“I’m not going crazy about what is going to happen over the next four months because I don’t know if my stay here is over,” he added.

“I enjoy being at the biggest club in England, the fans love me, they have treated me phenomenally and I owe it to them to listen to what they say, but honestly I don’t know what is going to happen.
“All I see is trying to win against Watford next week. If you deserve things and if you are an honest and hardworking person, things happen.”

Manchester United will return to Premier League action against Watford , as they continue their quest for a top four finish and a UEFA Champions League Trophy.