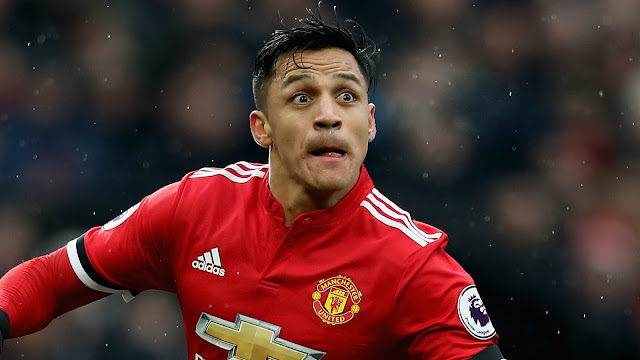 ↑ Grab this Headline Animator
Alexis Sanchez has been out since getting injured Southampton and despite his recent struggles with form made known in an exclusive interview with manutd.com, his never quenching desire to reward Manchester United Fans with big wins and Trophies.

“Obviously, I want to make the United fans really happy,” Alexis explains in an interview with Inside United .
“I want to score goals. I want to bring them joy. I want to win silverware.

“When we lost last year’s FA Cup final to Chelsea, I was not happy. Not happy at all. In fact, I was sad because I just wanted to make our wonderful supporters happy. I saw the fans who had come to pack out Wembley Stadium. They were all around me – all red. I liked it. Wembley was all red.”

Delivered by FeedBurner He elaborated on his wish to help bring the club trophies, bring into the picture one of his memorable goals and also making references to United, a club he grew to love as a child.

“The goal there [at Wembley] against Tottenham comes to mind. It was such a great moment because the United fans were right on top of us and it was a lovely moment to be able to celebrate along with them.

“I want to keep showing my love for football. I know what I can do. I have belief in my ability. United are such an important club, not only in England but on a global level, and I would love to help bring a trophy to the supporters.”

Manchester United will be back in action against Watford, after the international break and will be hoping to bounce back from their run of two straight defeats, the first under Ole Gunnar Solskjaer.

Manchester United will have both Anthony Martial and Luke Shaw preparing for the return Carrington, after both got withdrawn from their respective National teams due to some minor issues.