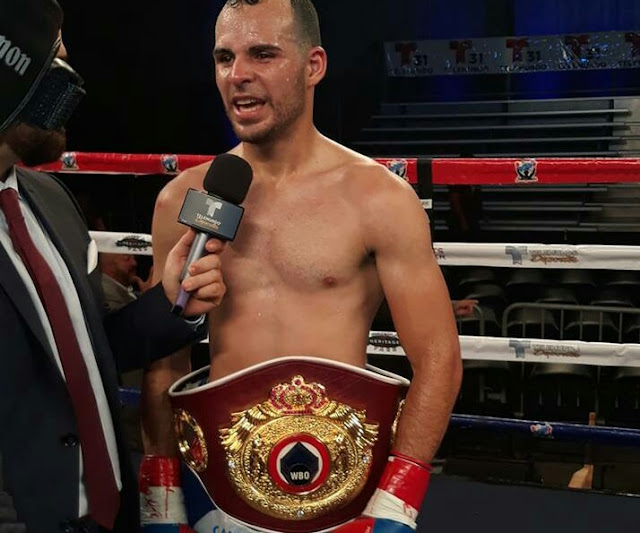 Undefeated contender Yomar Alamo outclassed Manuel Mendez through through 10 rounds to earn a unanimous decision, scored  99-91, 99-91 and 100-90 by the Judges at the Osceola Heritage Park Events Center in Kissimmee.

The fight was promoted by All Star Boxing and televised by Telemundo, who before the fight celebrated its 30th Anniversary.

Yomar Alamo improves to 16-0, 12 KOs  in a a fight that also earned him the vacant WBO NABO Jr. Welterweight Title while Manuel Mendez fell to 16-5-3, 11 KOs

Yomar Alamo started the fight throwing a furious barrage of shots, leaving Manuel Mendez back to his corner battered and bruised and through the first four rounds  Manuel Mendez had no notable spell of dominance.

Mendez was a little successful, when he closed the distance on Alamo but for a little while, as he continued gettget schooled thereafter. By the sixth round, he needed a KO to win the fight.

The fight was no doubt a deserving win for Alamo.