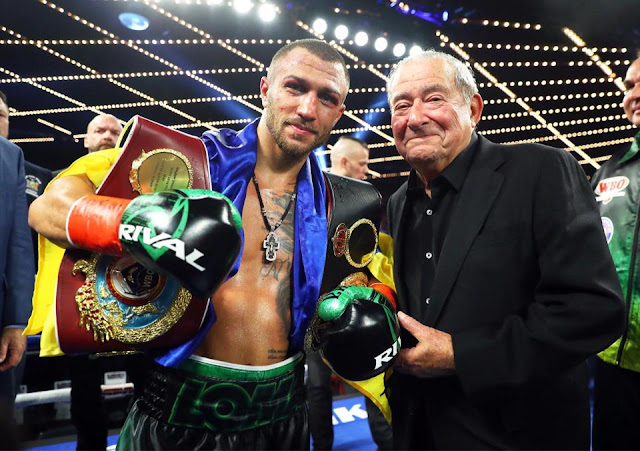 Vasyl Lomachenko will defend his WBA and WBO lightweight titles against Anthony Crolla in Los Angeles on April 12 at the Staples Center, televised on DAZN.

The fight was made after Richard Commey pulled out of the planned unification fight with Lomachenko due to a hand injuryi paving the way for the Brit.

“I believe that I can win a world title again, and these are the kind of fights that I’m in it for,” said Crolla, who was WBA champion between 2015 and 2016, before suffering back-to-back loses to Jorge Linares.
“This is the biggest fight that can be made out there for me. I’ve earned it, it’s not like I’ve been given this shot. Since losing my title to Linares, I’ve come back and had three solid wins.

“I’ve not won the lottery or not won a raffle to fight Vasyl Lomachenko, so I’m looking forward to it and I’m loving training as I’m get older.
“No man is unbeatable. It’s been proven with Lomachenko. He lost early on in his career.” 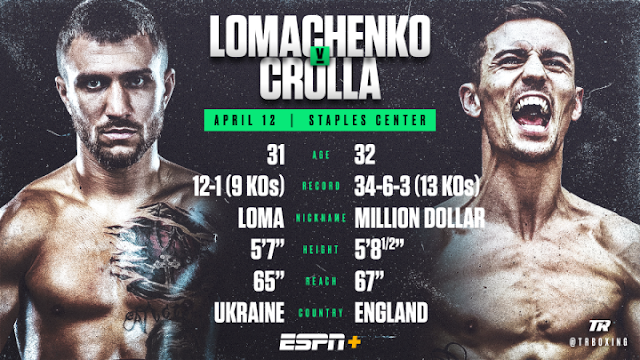