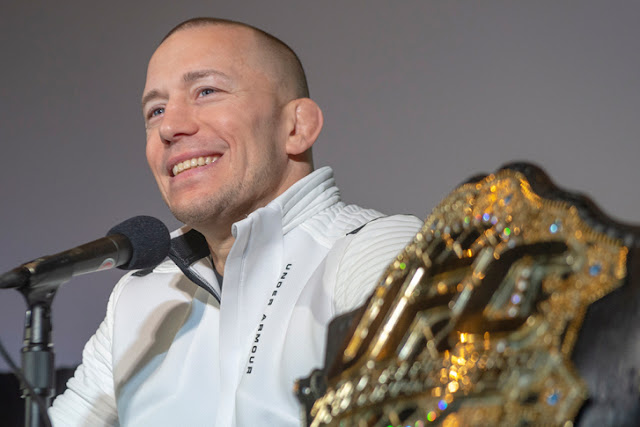 Former UFC welterweight and middleweight champion Georges St-Pierre decided to lay down his MMA gloves  announcing his retirement on Thursday at a press conference at Bell Centre in Montreal.

“It takes a lot of discipline to become and stay champion. It also takes a lot of discipline to stop while still feeling that you’re in the best physical and mental shape of your life but I’ve always planned to leave the sport when I’m at the top and in good health,” St-Pierre said in a statement. “I want to thank my family, my fans, my coaches, trainers and training partners, my sponsors and my agents for their indefectible support during all these years.

“I will forever be grateful for the work of Lorenzo and Frank Fertitta, as well as Dana White and all UFC employees for giving me the opportunity to showcase my skills before the world, from UFC 46 to UFC 217. I also want to thank each of my opponents. All of them are incredible athletes who brought out the best in me. I retire from competition with great pride at having had a positive impact on my sport. I intend to keep training and practicing martial arts for as long as I live and I look forward to watching the new generation of champions carry our sport into the future.”

His retirement is coming in 15 months from his stunning victory over the then UFC middleweight champion Michael Bisping in the main event of the UFC 217. He came in after a four year haitus to win the 185 pound title. 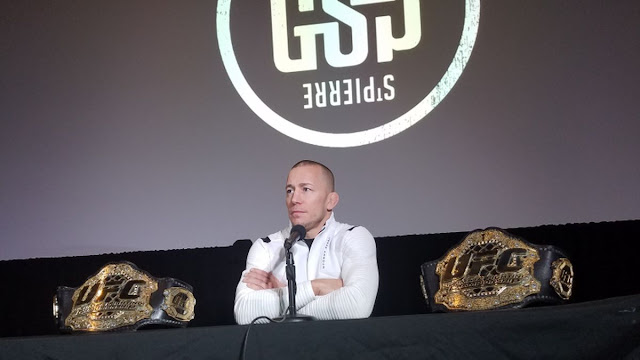 He then vacated the belt due to a diagnosis sighting ulcerative colitis  which came about due to his adding up weight to compete at middleweight . Since then there have been speculations of superfights, hypothetical fights with directions pointing towards Conor, Spider, Khabib and now he promises to let it all go into tbin air.

“When I was young, the reason why I started doing mixed martial arts is because I watched Royce Gracie growing up when he won the first UFC,” St-Pierre said. “At that particular moment, I knew exactly that’s what I wanted to do. It’s weird, it’s like I had a vision. So I want to say thank you to Royce Gracie for inspiring me. Also thank you to (kickboxer) Jean-Yves Theriault for inspiring me, not only as an athlete, as a good role model.

“And thank you to Wayne Gretzky. He’s probably the best athlete all sports combined, his records will probably never be broken. Not only is he an incredible athlete, for me he’s an incredible role model and through my career I always tried to mold myself like Wayne Gretzky.”

St-Pierre from his pro debut back in 2002 showed the spark of greatness, defeating Ivan Menjivar by first-round TKO and earning a shot at the then welterweight Champion Matt Hughes in UFC 50 after coming out victorious in his first seven fights, he lost via first round submission but revenged with with a TKO victory in UFC 65 Rematch  to win his first tile.
His second loss was a huge upset in the hands of Matt Serra in his first defense UFC 69, he had to wait a year to reclaim the title which he later defended nine times. He has over the course of his career record wins over Hughes (twice), B.J. Penn (twice), Nick Diaz , Jake Shields , Carlos Condit, Josh Koscheck (twice), Jon Fitch , and Sean Sherk and UFC President Dana White couldn’t help but loud it.

“Georges has cemented his legacy as one of the pound-for-pound greatest fighters ever,” White said in a statement. “He beat all the top guys during his welterweight title reign and even went up a weight class to win the middleweight championship. He spent years as one of the biggest names in MMA and remains one of the best ambassadors for the sport.
“He put Canada on the MMA map.”