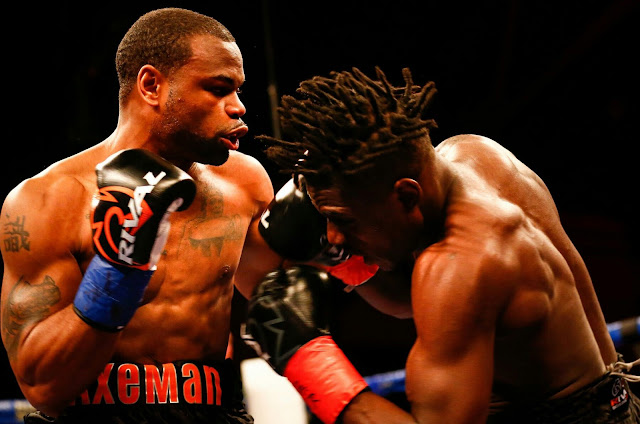 ↑ Grab this Headline Animator
DeAndre Ware started out with a good Jab against the taller Ronald Ellis  who looked unsettled in the first round and when he did looked to fast for Ware in the first two rounds.
The third round was much more Ware, than Ellis, as he came forward and forced Ellis to fight on the back foot to take the round.
Both fighters slowed down by the fifth, especially Ware, who seemed less in shape from unset, though Ellis has been hit by some flush jabs  & right hands but Ware was gassing.
Ellis forced a fast, aggressive pace the last two rounds, but could stand to throw his jab more in these rounds where he’s looking to preserve energy.
Ware fired up in round 8, controlled the fight easily after realizing Ellis, with an injured right hand, wasn’t going to hurt him as in the early rounds. Ware walked him down.
The fight seemed so close, it was increasingly looking to heading towards a draw in the final round. 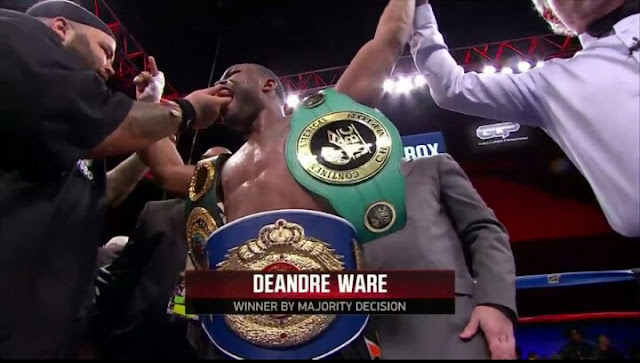 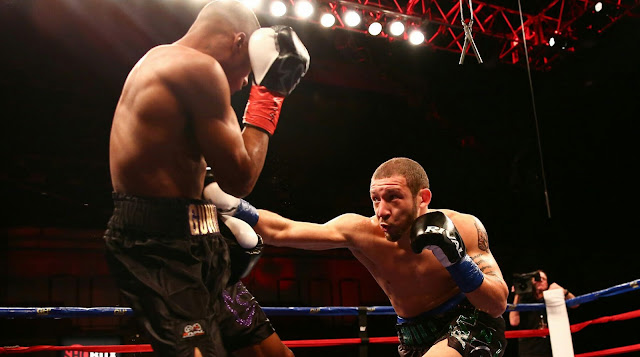 Thomas Mattice (13-0-1, 10 KOs)  started out with combos but then slowed down and That ‘fighter looks dry’ bit has always been a bit overrated – but Mattice looked dry from the bell – and has been outworked in the first round by Will Madera (12-0-2, 6 KOs).
Mattice took the second round with some good activity but allowed the Madera, work him down with body shots in the third and the fourth rounds respectively , Mattice got stunned with a left hook to the head in midpoint the later.
Madera slowed and looked tired in the fifth, despite winning the round and clearly loot the next round to a Mattice  who was now dominating his tired opponent. 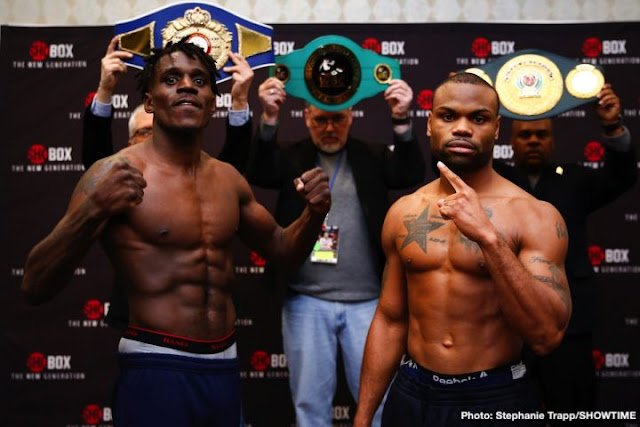 “It’s my fourth time on ShoBox, this time I have to get it right, this time I have to go out with a bang.
“I’m going to show a lot, I’m going to show boxing, banging, whatever they want to see we’re going to bring.
“I trained at Buddy McGirt’s new boxing gym in Northridge, Calif. I sparred Canelo Alvarez for his last fight and was in camp with Sergey Kovalev for his fight this weekend.
“I learned a lot from Canelo and Kovalev. I feel like sparring with them gave me an edge, so I’m going to look like a whole different fighter in there. Canelo is more compact and he comes a little bit faster. Kovalev, he’s big and he’s a banger.
“DeAndre Ware is tough. He’s just a real tough guy who comes to fight. He got a lot of heart and he’s just going to do what he got to do. He’s not going to stick and move. He’s going to be there all night unless I get him out. I think his game plan is just going to be to come in and do what he does.
“I think it’s a perfect fight for SHOWTIME. This one is going to be entertaining.”

“I’m feeling great, feeling strong. We had a full camp this time around so I’m looking for good things. My training camp was about six to eight weeks at the Glass City Gym in Toledo. Prior to that, I was in Tony Harrison’s camp helping him to get ready to fight (Jermell) Charlo.
“Sparring was great, it was probably the best sparring and best camp I’ve had so far. I only had about 12 days to prepare for my last fight and I’m in much better shape this time. I think that’s going to play a big difference in this fight tomorrow night.
“Ronald Ellis is just another guy in my way. I think Ellis is a tough fighter. From what I’ve seen, he’s a come-forward guy. He tries to box a little bit – there’s skill. I respect anybody that gets in that ring, but come fight time, all that stuff goes out the door. I’m coming to win.”

Ronald Ellis and once-beaten DeAndre Ware will headline the The New Generation Shobox doubleheader tomorrow/Friday live on SHOWTIME (10 p.m. ET/PT) with a 10-round super middleweight clash.

Ellis (15-0-2, 10 KOs), who hails from The Lynn, Mass. has recently sparred with sparred with Canelo Alvarez and Sergey Kovalev and Will face a very come forward fighter in Ware (12-1-2, 8 KOs), who recently prepared with Tony Harrison for the Jermell Charlo upset in December 2019.