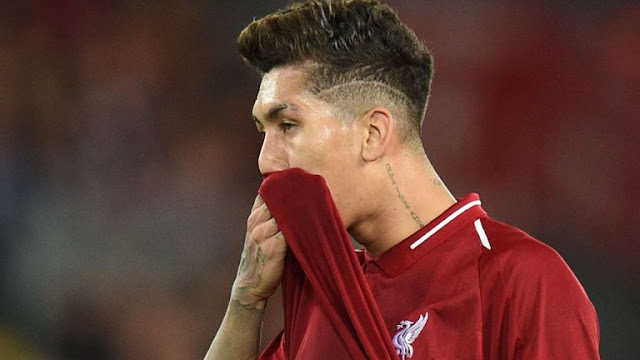 Liverpool FC star Roberto Firmino is a doubt for the UEFA Champions League Round of 16 clash against Bayern Munich, due to a virus that left him automatically out of training on Monday.

Liverpool made good use of their FA Cup exit, taking trip to Marbella to prepare for their European game on Tuesday but this has left the Brazilian ill and probably out of the clash.

Firmino now the fourth player to fall Sick after their warm-weather trip to Dubai in January. Coupled with a hamstring issue with Dejan Lovren that will require a late fitness test before the Tuesday clash.

“I don’t know 100 per cent. It’s Monday and we play on Tuesday so most of that should be clear.
“Gini [Wijnaldum] trained and looked really well. [Xherdan] Shaqiri did a lot, so it will be close, we have to see.
“Dejan [Lovren], I actually have to wait minute by minute if there is a chance or not. But that’s pretty much all, I would say.”