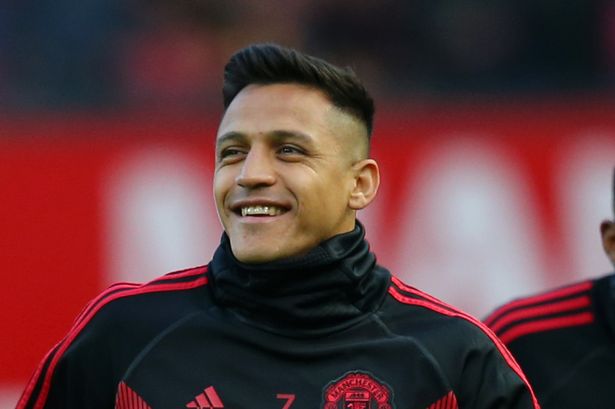 Manchester United boss Ole Gunnar Solskjaer hhs pleaded with the Manchester  United Fans for some Patience on Alexis Sanchez, who has been nothing but a flop since his move to United from Arsenal, a year ago.

Sanchez has only been able to score just two goals since his arrival and has fallen far behind the pecking order at Manchester United, despite his huge wage but Solskjaer believes his season could turn around before the end of the season.

“I think he is a very good player. He is very talented but of course there is only so many things you can sit down and talk about and tweak,” Solskjaer said.
“You saw against Fulham, when he gets his chance, he is so sharp in and around the ball with the way he wins it and with his energy.

Sanchez was given Manchester United iconic No. 7 shirt, which seems a little two heavy for the Chilean just like every other player wearing the shirt since Cristiano Ronaldo and that too, Solskjaer believes will change  comparing it to a bottle of ketchup.

“If he could just get that goal, I am sure that would release some of his confidence. That is what it is about when you go through periods when you do not perform up to your standard.

“We know there is a very, very good player there. It is just like a bottle of ketchup when it never comes but suddenly loads comes out.”

Solskjaer also gave a wakeup message for the whole team, urging the team to improve after their first loss to French Giants Paris Saint Germain (PSG) in the first leg of the UEFA Champions League Round Of 16.

“We need every player to perform at their best level because we are challenging to be top four.
“We are challenging against top teams so we need the players to step up now and you expect that at Man United towards the end of the season. You always do well towards the end of the season.
“The players now have had this little setback with the PSG game – maybe a reality check. There are quite a few heads there that their pride has been hurt so I am sure they will bounce back on Monday.”

Manchester United are having their toughest run of fixtures since Solskjaer took over. They will play Chelsea today in the FA Cup fifth round, Liverpool in the weekend and PSG again on Wednesday next week .