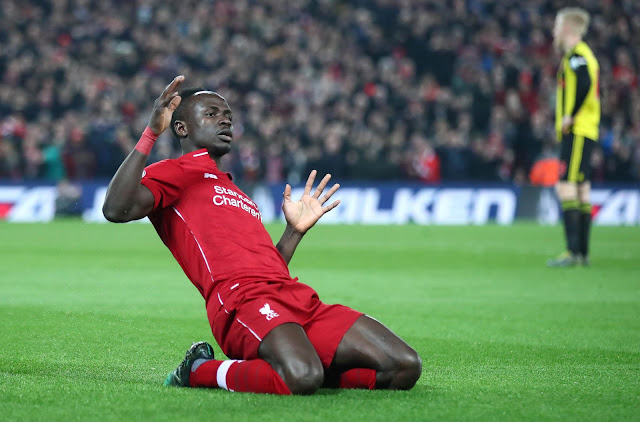 ↑ Grab this Headline Animator
Key Moments Recap :
Goal : Sadio Mane 1 – 0
Salah drives forward down the right to open up the Watford defence. He’s tackled in the box but the ball comes out to Alexander-Arnold, who swings in a cross to Mane on the penalty spot.
Mane’s first touch is poor as it takes him away from goal, but his second touch more than makes up for it as he finishes with a backheel from about 15 yards out, with the ball bouncing over Foster.

Alexander-Arnold has time to cross from the right and swings in a perfect delivery for Mane to head past Foster from eight yards out.
Not sure it’s a goal that Watford’s centre-backs will want to see again as Mane got between them and was wide open in the box. 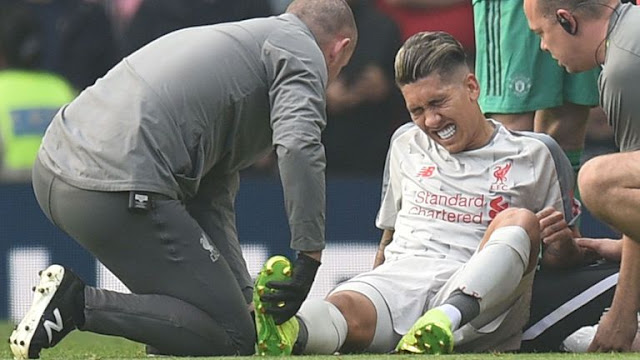 Premier League leaders Liverpool FC face a tough task in  inform visitors Watford and will have to defeat them at Anfield, to have a chance of staying top of the Premier League table on Wednesday night.
Sitting just a point above Champions Manchester City, they will need a win to remain top after their goaless draw against Manchester United in the weekend.
Watford FC on the order hand have a lot of confidence going into the game,, having just defeated Cardiff City 5 – 1 in their last outing and have lost only ones since Boxing day.
However, they have lost with big margins 6 – 1 and 5 – 1 in their last visits to Anfield  in the last two seasons.

Liverpool might be without  forward Roberto Firmino though still in Jurgen Klopp’s plans for the game. defender Dejan Lovren (hamstring) will still be out, while Midfielder Naby Keita has recovered and will be up for contention.
Watford head coach Javi Gracia will have only Kiko Femenia missing out, despite his return to training, as he needs more time.