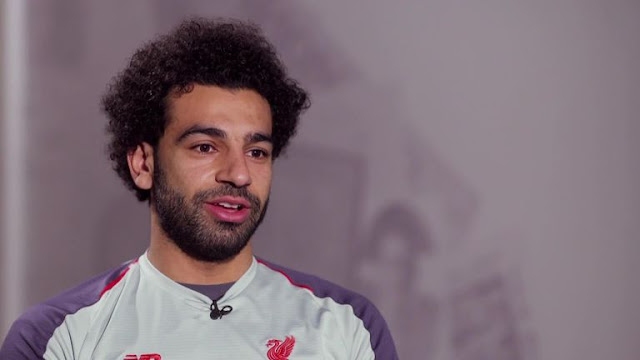 Liverpool FC Mohamed Salah claims there is so much pressure and no form of enjoyment presently in the Liverpool team, as they go close to claiming their first Premier League glory.

Liverpool FC are presently behind Manchester City on goal differences and will face a tough task of going through Manchester United on super Sunday to keep up with their title hopes.

Liverpool will have a chance to top the table when they face Manchester United, as League leaders Manchester City will be facing Chelsea FC in the Carabao Cup final on Sunday.

“You can feel it [the pressure] because you are still a human being,” Salah said in an interview with Sky Sports’ Jamie Carragher. “For me it is not a big deal if I win a game now or three weeks ago. I want to win each game, but for myself I said that we are playing for the Premier League, so there is pressure.

Mohamed Salah will be the fastest to make 50 goal mark in the Premier League  if he scores against Manchester United. The only English top flight team he has failed to score against.