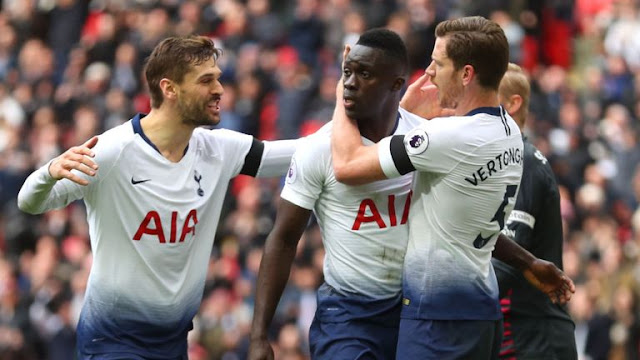 ↑ Grab this Headline Animator
Key Moments Recap :
33″ 1-0 : Davinson Sanchez
Spurs have the lead against the run of play. Maguire initially defends Son well but at the expense of a corner.
Trippier’s delivery is played short to Christian Eriksen, and his ball is swung right onto the head of the Colombian defender for his first Premier League goal.

64″ 2-0 : Christian Eriksen
Now it’s doubly difficult for Leicester as Christian Eriksen takes the ball just outside the box and fires in a trademark strike that beats his compatriot Kasper Schmeichel to his right. Pochettino can relax a little more now with the two-goal buffer.

76″ 2 – 1 : Jamie Vardy
The onus has been on them for the past 10 minutes and Tottenham sit off as Ricardo Pereira is fed down the right and his low ball is tapped in by the substitute Jamie Vardy, who else!
It’s his 100th goal in senior club football, and more importantly the Foxes have a foothold in this game!

90″ 3 – 1 : Son Heung-min
Ndidi slips at the vital moment in his attempts to cut out Sissoko’s ball forward for Heung-Min Son.
The South Korean is away and runs 50 yards with the ball before keeping his composure to tuck the ball past Schmeichel. Game over! 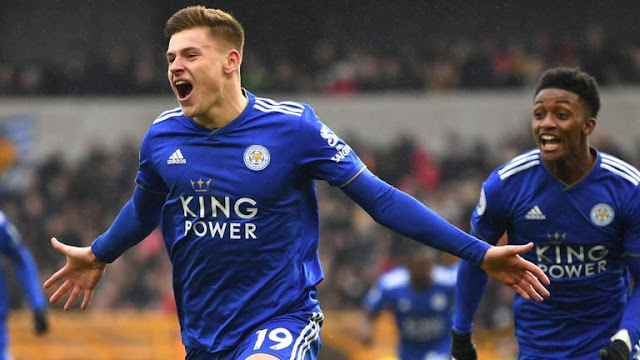