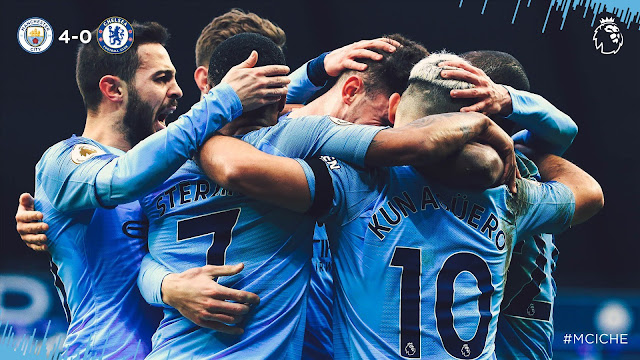 4″ 1 – 0 : Raheem Sterling
De Bruyne takes a sharp free-kick in behind Alonso, who leaves Silva for Hazard but the Chelsea man just watches rather than marks. Silva gets to the by-line and his deflected cross drops to Sterling about 12 yards out. No problem. He calmly finds the back of the net.

13″ 2 – 0 : Sergio Aguero
He can’t score from three yards but he sure score from 30! Obviously rattled by his earlier miss, he picks the ball up and thinks ‘I’m having this’ he smacks an unstoppable effort straight, bang, wallop into the top corner. That is sheer class.

19″ 3 – 0 : Sergio Aguero
The ball bounces around the area and he tries to head back to his goalkeeper. It’s an awful header and drops to straight to Aguero about eight yards out. He doesn’t miss from there, sweeping it home. That’s his 159th league goal – a club record! What a marksman.

25″ 4 – 0 :Ilkay Gundogan
Another ball bounces around the area, Luiz can only clear it out to Gundogan on the edge who returns it with serious interest. It zooms past Kepa’s outstretched glove and into the bottom corner.

56″ 5 – 0 : Sergio Aguero
He strolls up, waits for the goalkeeper to move and rolls it the other way. That’s his 11th Premier League hat-trick! He draws level with Alan Shearer in that department.

80′ Raheem Sterling 6 – 0
Lovely passing to get in behind the full-back and a tap-in for the attacker inside the six-yard box. Zinchenko did the hard yards down the left and his cross was prodded home by Sterling – his 12th league goal of the season. 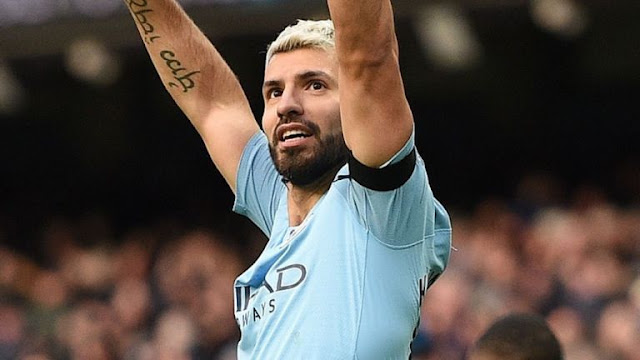 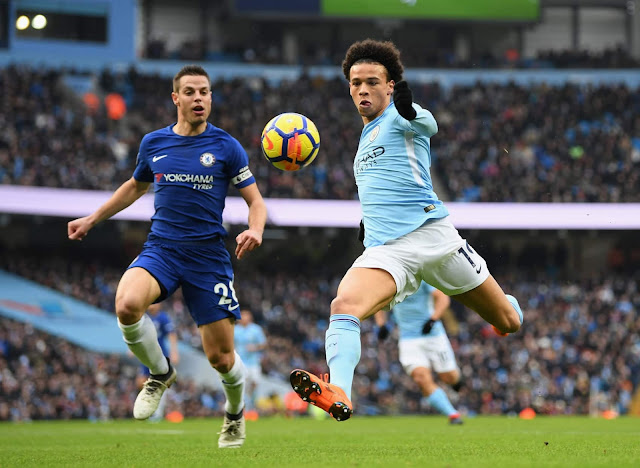