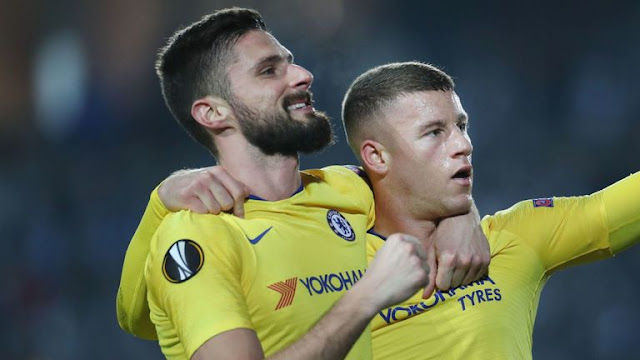 It’s a good cross into the area from Pedro, who looks up to pick out Barkley in the middle. Bengtsson tries to clear but completely misses it allowing the Chelsea midfielder to sort of his feet before poking home past Dahlin.

Malmo’s attempts to get the equaliser has ultimately been their downfall for this one as Chelsea hit them on the break.
Barkley races down the field before laying the ball off for Willian over on his left. The Brazilian gets to the near post before cutting the ball back and Giroud flicks it home with a classy finish.

Man Of The Match : Ross Barkley 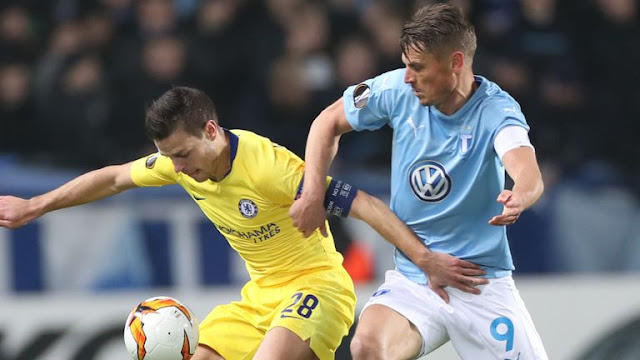 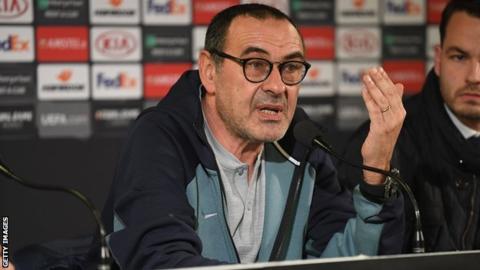 A well rested Malmo will host Chelsea FC in the round of 32 tie of the UEFA Europa League on Thursday. The Swedish team have been on break sinceethe final group stage game of the Europa League in December  as their league starts in April and ends November.

Chelsea FC are looking to get back up from the 6-0 loss to Manchester City during the weekend and will love to get a good result against Malmo, so as to ride into Monday, for a crucial game against Manchester United in good spirits.

Chelsea Team News
Midfielder Loftus-Cheek has suffered a recurrence of a back problem. Left-back Alonso will be rested by Blues boss Maurizio Sarri with Emerson Palmieri set to replace him in the starting line up.