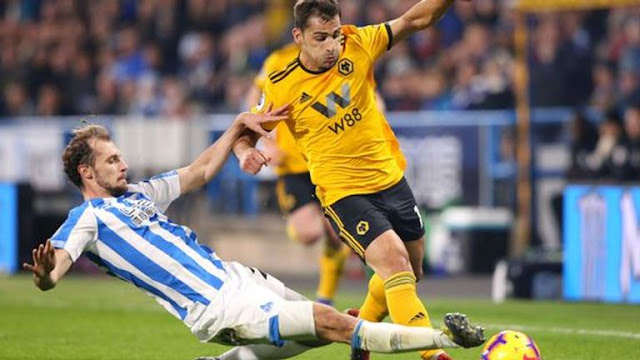 ↑ Grab this Headline Animator
Key Moments Recap :
Goal : 90′ Steve Mounie 1 – 0
Mooy shows his quality on the right wing. He pings a ball into the danger zone which is turned towards goal by Grant. His effort isn’t a clean one but it finds Mounie inside the six-yard box and he sweeps it home!

Man Of The Match : Steve Mounie 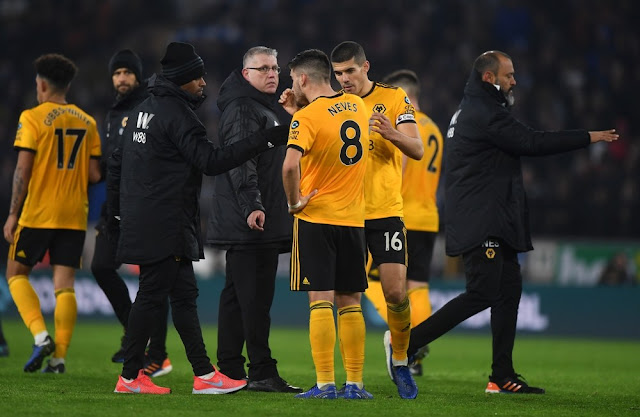 Wolverhampton Wanderers (Wolves) presently sitting eight on the Premier League table will take on bottom side Huddersfield Town, with hopes of increasing their chances of landing European qualification.

Wolves have reached incredible heights since their return to the Premier League this season and running on an eight game unbeaten run.

Huddersfield Town will be hoping to pick up some crucial points from Wolves , making use of the home advantage and also an opportunity to showcase their new signing Karlan Grant

Huddersfield Town have a squad boost as Alex Pritchard makes return to contention, with Erik Durm also hopefully going to be fit for the clash.

Wolves on the other hand, have no injury concerns. Joao Moutinho is fit for the clash despite being hit by an elbow in their game against Bournemouth, giving Nuno a full squad to pick from.