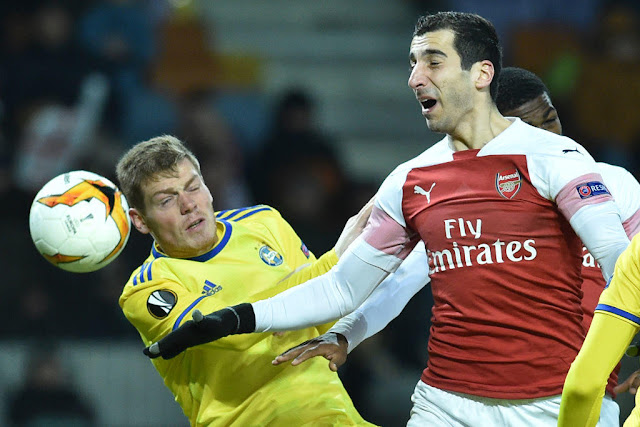 Silly free-kick given away by Monreal on the right, and BATE make Arsenal pay.
Stasevich is over it, crosses perfectly for Dragun, who gets in too easily and loops a header over Cech!
Fine finish, but the marking was poor.

It’s been a frustrating night for Lacazette, and he’s been shown a straight red here for a nasty arm/elbow to the face of Filipovic.
The BATE left-back was hassling him, looking to outmuscle him in midfield, and Lacazette has reacted with a flailing arm to the face. 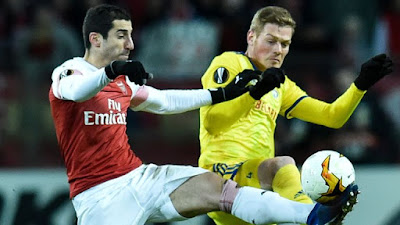 Man Of The Match : Stanislav Dragun 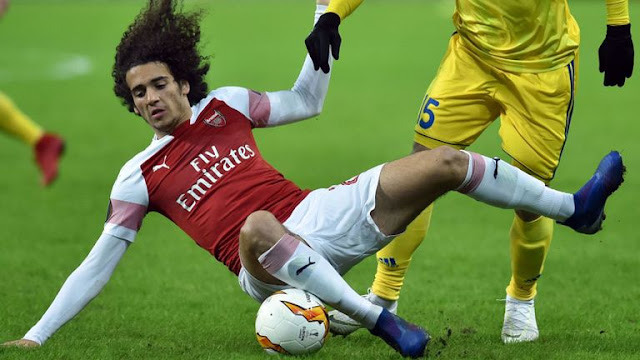