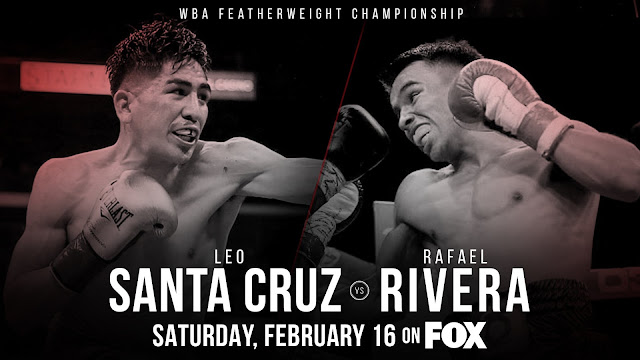 He was initially preparing for Miguel Flores but Flores pulled out of the fight after sustaining an injury during sparing and had to give way for Rivera to go in.

Leo Santa Cruz is coming off a a pair of wins against Abner Mares and defeating Carl Frampton, a revenge for his only loss. In his last two fights, he averaged 106 punches thrown per round (FW average is 59), 30 landed per round (17 is FW average), and in both fights finished strong with 45 punches landed in round 12. Volume.

Rivera on the other hand, has lost two of his last three fights. First against JoJo Diaz in 2017 and losing a decision, then again defeated by the undefeated Joet Gonzalez which earns him the underdog status going into the fight on Saturday.