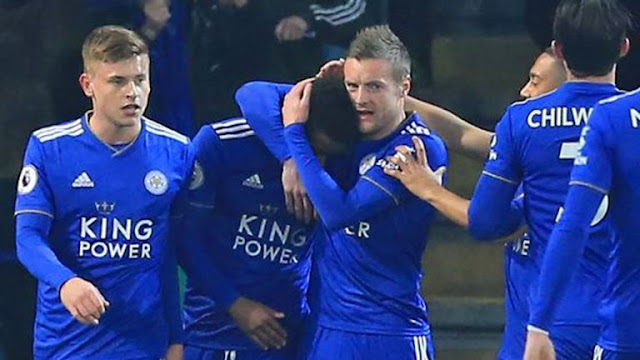 ↑ Grab this Headline Animator
Key Moments Recap :
Goal : 10′ Demarai Gray
The perfect start for Leicester! Knockaert loses the ball to Barnes before Tielemans slips in the unmarked Gray, who calmly slots the ball past Ryan. Rodgers applauds from the stands.

Goal : 63′ Jamie Vardy 2 – 0
Vardy puts the hosts two up! Pereira drives a pass into Maddison before he cleverly stabs a well-weighted pass through to the onrushing Vardy who drills his shot home. Can Leicester see this out?

Goal : 66′ 2 – 1 Davy Propper
Stephens’ cross deflects into the path of Propper, who takes a deft touch in the box before driving his shot into the bottom left corner. Brighton are back in this! 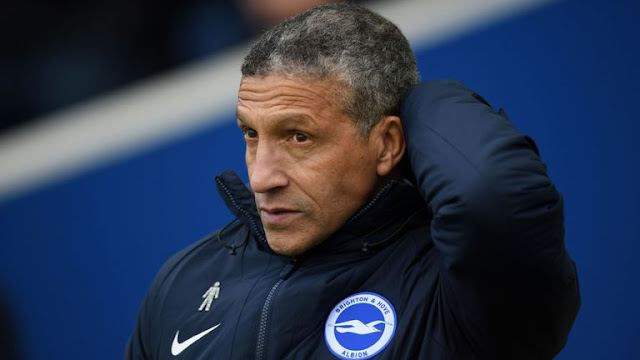 Claude Puel was dismissed after 16 months incharge at King Power Stadium after racking 32 points this season at 12th position on the Premier League table.

The Visitors Brighton, have had a rough 2019 racking up just two points since the start of the year and a loss to Leicester will do them no good in their bid to avoid relegation.

Leicester City have a fully fit squad for Brighton’s visit, as Ben Chilwell back in contention. This leaves Stowell and Sadler, mo selection issues.

Brighton & Hove Albion receive Squad boost as Solly March, Jurgen Locadia and Jose Izquierdo, who have all been injured since December make it back to contention. However Leon Balogun will still be missing.