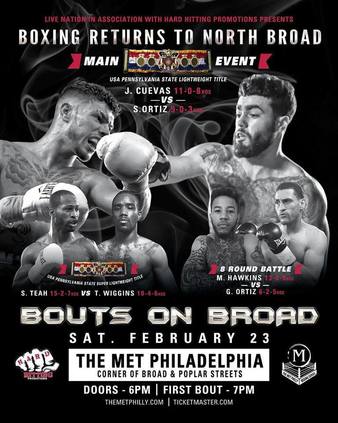 Jeremy Cuevas (11 – 0, 8KOs) has made his way to the Philadelphian limelight with a come forward style that helped earned him his status.