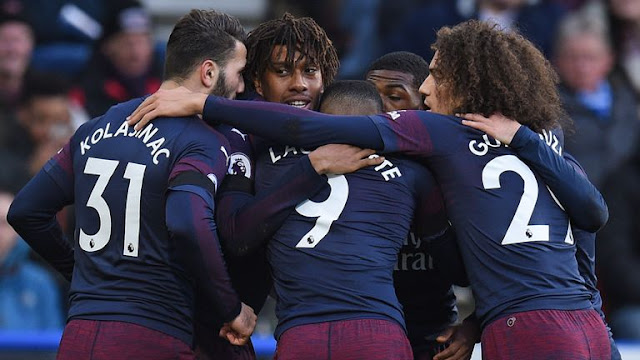 ↑ Grab this Headline Animator
Key Moments Recap :
16″  0 – 1 : After looking fairly settled for the opening quarter of an hour, Huddersfield are cut apart too easily. Kolasinac crosses from the left without a hint of a curl on it and his straight ball into the middle is half-volleyed goalwards by Iwobi.
It takes a deflection off Kongolo, but Hamer looks like he’s got fish fingers in his gloves as he palms it into the corner.

44″ 0 – 2 : Mkhitaryan spots Maitland-Niles’s run on the right and plays him in, his ball into the box is blocked at first but the second attempt across the six-yard area is turned in at the far post by Lacazette.

90″ 1 – 2 : A lovely slide-rule pass into the box finds Diakhaby whose shot bounces up off Leno and towards goal, but Kolasinac, under pressure from Bacuna, decides to stab it into his own goal. 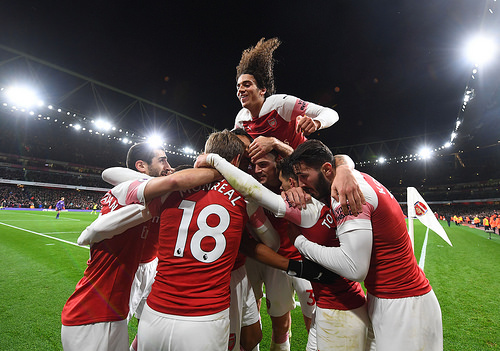 Head To Head And Statistics

Huddersfield Town will against all odds,  face a tough task of getting a good result from visitors Arsenal on Saturday.

The Gunners will love to move on from their 3 – 1 loss to Manchester City during the weekend, a result that dropped them to the sixth spot on the Premier League table.