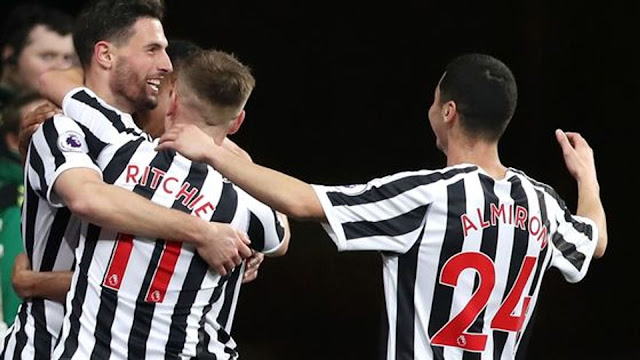 ↑ Grab this Headline Animator
Key Moments Recap :
Goal : 24′ Fabian Schar 1 – 0
He takes aim from about 25 yards out on the right side and unleashes a superb strike that hits the inside of the post and flies into the net.

Goal : 38′ Sean Longstaff 2 – 0
Almiron sets the move up with a brilliant ball threaded out to Ritchie, who curls in a cross that Rondon challenges for in the middle.
The ball drops down into the box and Longstaff takes a touch and then drills a low shot across goal and into the bottom corner.

Man Of The Match : Fabian Schar