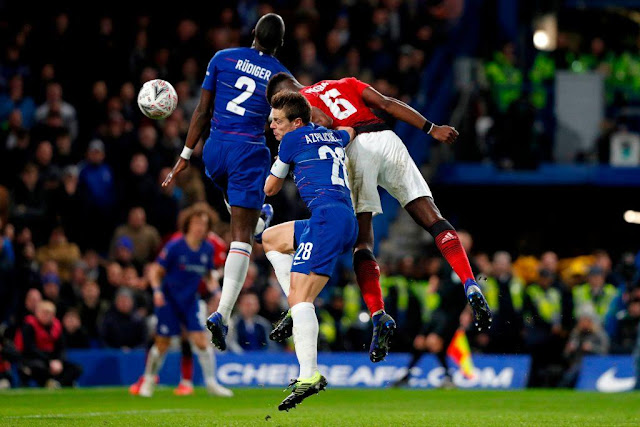 Lukaku and Mata play a couple one-twos in midfield, Mata then spreads it to Pogba on the left, and he cuts onto his right foot.
He spots Herrera pacing into the box at the far post, and delivers a beauty over Alonso and plum on the Basque midfielder’s head. He nods into the bottom left corner!

United break through Rashford on the right, but Chelsea have it covered with 4 vs 3… or so you’d think.
Pogba, Lukaku and Herrera pace forward, Herrera wants it back post, but Rashford delivers an absolute beauty onto Pogba’s head 10 yards out. He climbs above Azpilicueta and Kepa can’t get enough on his header!! 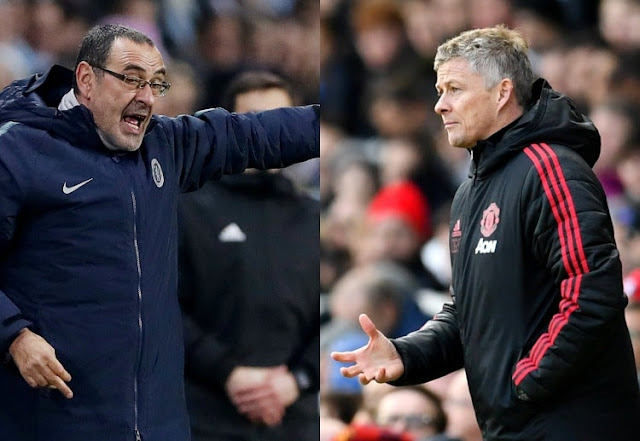 Manchester United will be without their regular duo Lingard and Anthony Martial, who got injured in their 2 Nil defeat to French giants Paris Saint Germain (PSG) at Old Trafford on Tuesday last week. This leaves United with Alexis Sanchez and Romelu Lukaku, as starting options for the FA Cup fifth round away tie against Chelsea at Stanford Bridge on Monday Night.

The above assertion was also made by Manchester United caretaker Manager Ole Gunnar Solskjaer, also mentioning a few youngsters from the academy.

“It’s a chance for anyone who plays, if it’s Alexis or Romelu or who starts or [Tahith] Chong or Angel [Gomes].
“Anthony and Jesse have done very well for us, they’re vital in the attacking part with their attributes with their pace but then again with Rom and Alexis, they’ve got different skillsets so they will be able to show what they can do.”

Chelsea on the other hand are coming into the game on the back of a good victory against Swedish Champions Malmoe FF on Thursday.

Chelsea Assistant Coach Gianfranco Zola said Chelsea needs to be consistent, especially in this crucial period of their season.

“We know that it’s a crucial moment. It’s very challenging, I think the key will be to face each task by only thinking about that task.
“The first one is going to be United and we come into this game after a good performance in the Europa League. It’s a good challenge, it’s actually what we need to do right now.
“We know that we have to be consistent. We all know this. It’s important everyone knows the situation and is working on it, players, coaches and club.”

Chelsea will have no new injury concerns, only waiting for a late injury report on Ruben Loftus-Cheek after the recurrence of his persistent back problem. injury concern. Marcus Alonso will also be in contention, after being dropped out of their Europa League fixture.