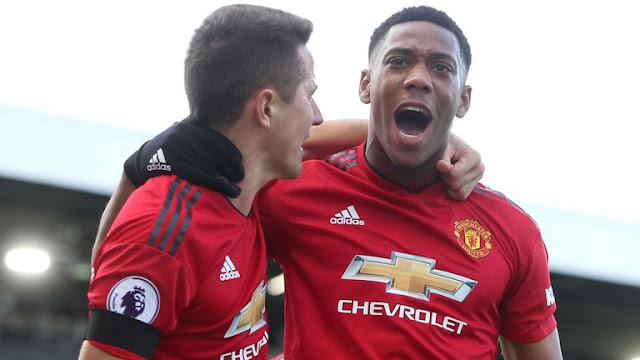 Oh wow, what a strike from Paul Pogba, from a seemingly impossible angle!
Le Marchand loses out needlessly again 30 yards out, and Herrera lifts it over his challenge and spreads for Martial on the left. He finds his fellow Frenchman on the left of the box; Pogba looks up for Lukaku in the box, but instead goes for goal with Rico gambling off his line. He finds the back of the net with a superb effort! 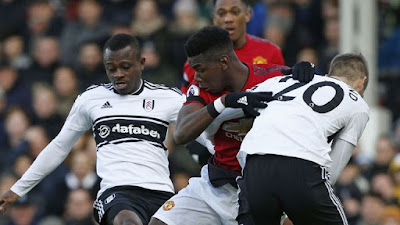 Fulham lose it high up the pitch again, and Jones feeds Martial in his own half. He has 60 yards to goal, but does it all by himself!
On the gallop, and with Odoi tracking back, he slips past Odoi, then Le Marchand, and finds the bottom corner from inside the box. Wow. 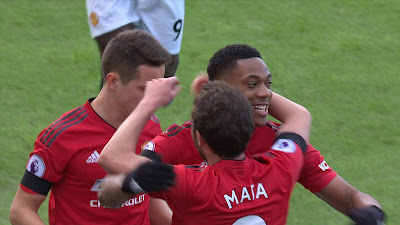 Man Of The Match : Paul Pogba 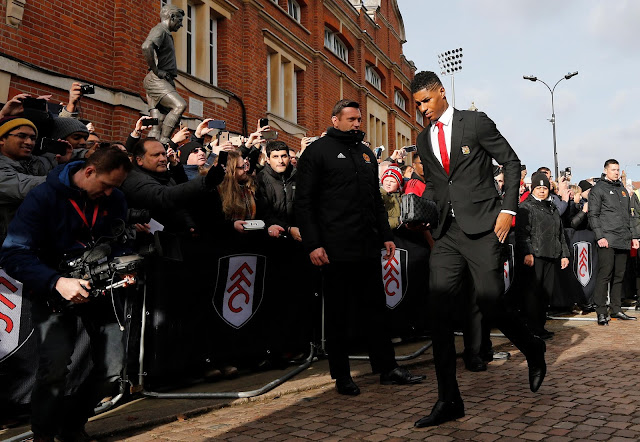 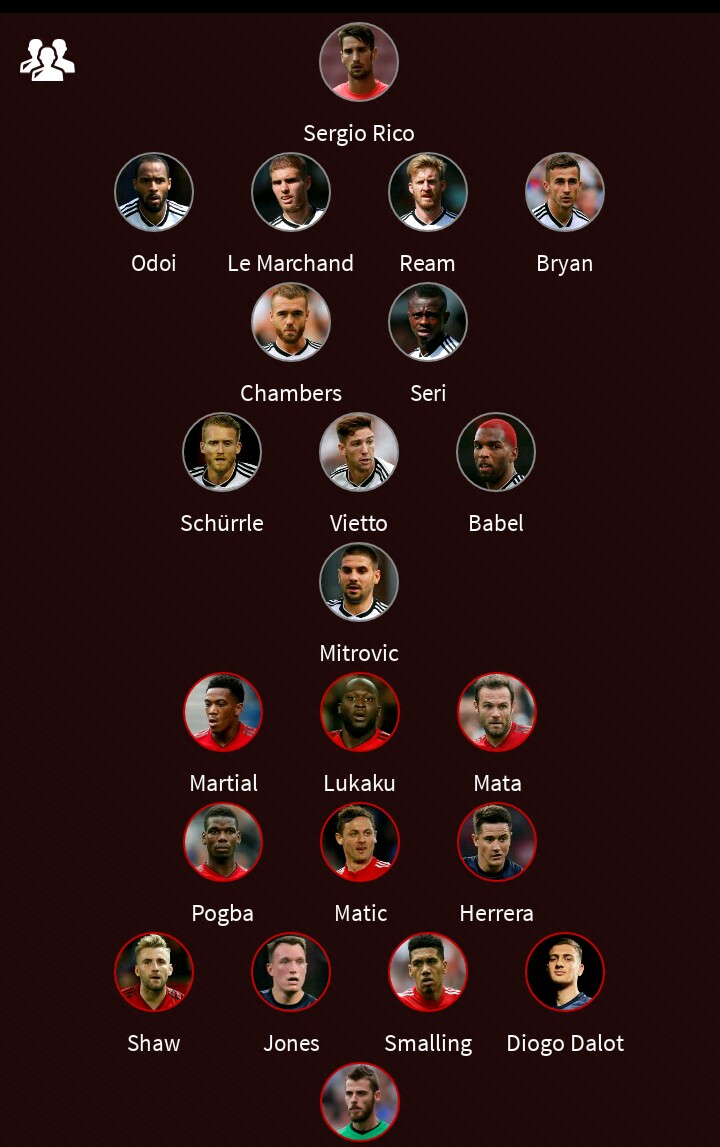 United make six changes from the win at Leicester on Sunday; Dalot, Jones, Smalling, Mata, Lukaku and Martial are in, replacing Young, Bailly, Lindelof, Lingard, Rashford and Sanchez.
Fulham make two changes from the defeat at Palace last weekend; Cairney and Christie go out, with Vietto and Schurrle coming in.

Valencia faces a couple of weeks out after suffering an injury setback, while Darmian also faces several weeks out.
Marcos Rojo has returned to training this week after his own injury setback but looks unlikely to feature at Craven Cottage.
For Fulham, New signings Lazar Markovic and Havard Nordtveit are in contention to feature for Fulham.
Andre-Frank Zambo Anguissa is also pushing for a place on the bench, having recovered his fitness.
Alfie Mawson and Marcus Bettinelli both miss out due to knee injuries, and the on-loan Timothy Fosu-Mensah is ineligible against his parent club. 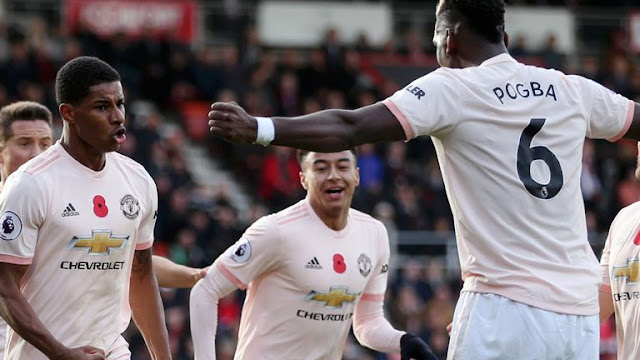 “Well, challenging for every trophy there is of course,” he said.
“That is what we should be about. We have to move slowly because we are fifth at the moment. It seemed like we were never going to move away from that sixth position.
“There are six very good teams that will all challenge for the trophies. We have got the resources, infrastructure, history to move towards the top.
“That is the only way we should think of things at Manchester United.”
“If we don’t dream, if we don’t have that vision of where we are going then we will just falter so for me I am only used to this club challenging for trophies. That is where I see us.”

Fulham have had rough weeks, managing just a win in their last six games and will face a tough task, when they host Solskjaer’s Manchester United on Saturday, 9th February.

Manchester United have gone nine games without defeat, since the managerial mantle was placed on Solskjaer and will be expected to continue their fine form against Fulham…….. Team News.. Coming Up