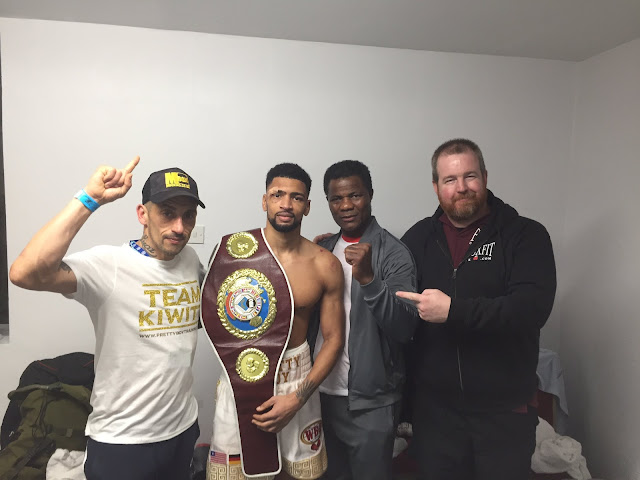 Pretty Boy sent Paddy Gallagher to the canvas, first in the fifth round then ones again in the eight round. Gallagher by then needed only a knockout to win.

Paddy Gallagher came forward trying to work the body, while Kiwitt made use of the Jab in the first round. Gallagher became more aggressive in the second round but this only opened him up to be clipped and clawed with hooks.

Both fighters got their game rolling in the fourth, with Gallagher the more aggressive of the two, while Kiwitt made his opponent lose rounds with his hit and move techniques and in the fifth sentence Gallagher to the canvas.

Gallagher was hurt but managed to get back on track in the sixth, dominating the seventh till the final minute, when Kiwitt used a flurry of shots to design his face.
Kiwitt scored another knock down in the eight, though he wanted to debate with the referee. That wouldn’t do him any good.

Gallagher then focused, knowing what he needed for a win but Kiwitt stayed strong till the final bell, knowing he had victvic within his grasp.