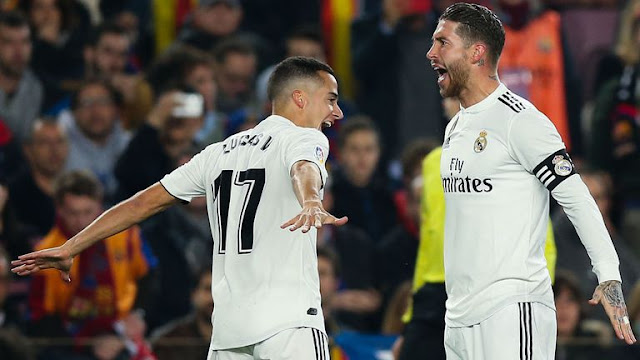 6″ 0 – 1 : Well now… A deep cross finds Benzema beyond the back post and at the byline he cuts it back for Vazquez to steer it into the far corner. Only early, but Real have deserved that.

57″ 1 – 1 : The leveller! Navas takes his chances when rushing out to close down a long ball towards the far corner of his area… he can only chest it and Suarez ends up hitting the post from a narrow angle.
The ball then falls to Malcom, who squeezes his effort in! Ramos had put his arms out too suggesting the effort was going wide…

Man Of The Match : Sergio Ramos 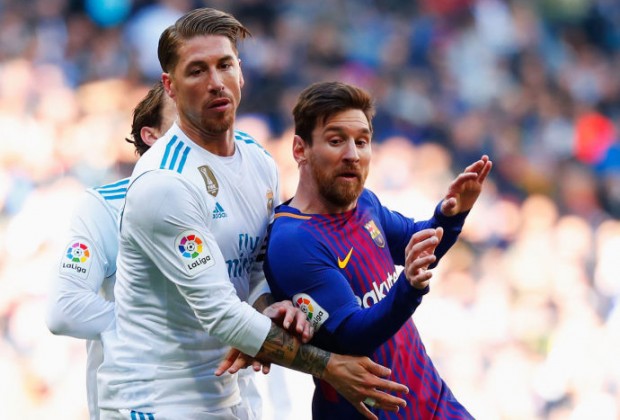 FC Barcelona star player and El Classico highest goal scorer Lionel Messi is a doubt for Copa del Rey semi-finals on Wednesday, after ending the Valencia 2 – 2 draw with a knock.

Messi according to FC Barcelona head coach will have to wait till their last training session to determine his fitness for the game.

“There is still one practice session left, we’ll see how he’s feeling,” Barcelona coach Ernesto Valverde said. “We’ll see if he can complete the session, if he will show that he is in condition to play. We’ll make a decision based on that. If it was the last match tomorrow, than it would be different.”

“It’s always good when the best players get to play every game, but whether or not he plays will not influence the way we prepare for the game at all,” Solari said.

“It’s harder to pick a team when everyone is available, but the important thing is that every player puts their talent, ability and effort at the service of the team.”