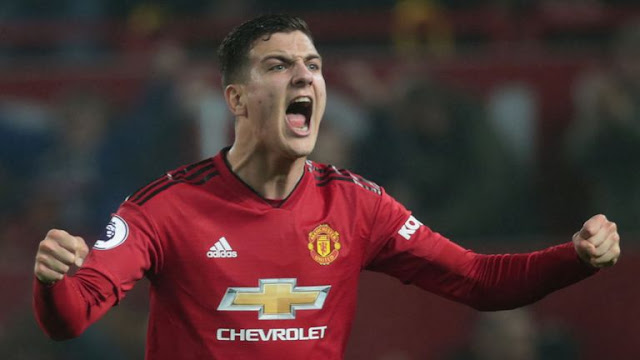 Manchester United left back Diogo Dalot has declared his loyalty to Manchester United and is ready live up to to Jose Mourinho’s hype of playing at the Club for many years and building his own history.

19 year Old Diogo Dalot, was brought in from FC Porto by former Manchester United Manager Jose Mourinho in the summer and he has since made eleven appearances for the Red Devils after some time on the sidelines.

“[The comparison] brings responsibility, but I wouldn’t accept it if I couldn’t be at the top, and for me it’s a pleasure being compared to those types of players,” Dalot said.

“They are words of Mourinho, I need to build my own history here and that’s to always keep improving, and hopefully I can be here for many years to play for United.”

Manchester United have only lost just one game since the club was taken over by Ole Gunnar Solskjaer after Jose Mourinho was dismissed, due to a run of bad results and a series of clashes with top players in the dressing room.

Dalot has witnessed the rejuvenation at the club since the take over and believes the notable change by the Norwegian is the lively atmosphere in the dressing room.

“The biggest difference was the atmosphere we had inside the locker room. I think the tactical parts too, the game we are playing, we play more to the forward part, so I think we changed a couple things and hopefully we can still change a little bit more because we are not perfect.

“It wasn’t wrong, but I think when you change coach there is something which changes for itself, it’s not something about the coach, something [you think]: ‘We changed the manager, OK, now we need to change ourselves, too.’ I think we changed for better, when we get the results we’ve got.”