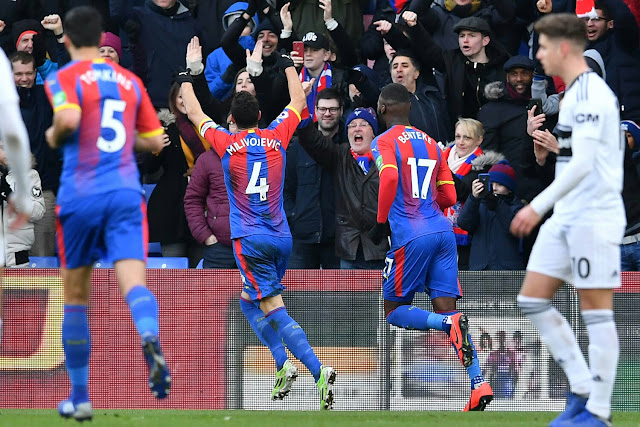 26″ 1 – 0 : PENALTY! Crystal Palace have a spot-kick as Cyrus Christie handles in the area as he jumps for a ball with Benteke – the referee immediately points to the spot. It’s a clear penalty and a gift for the Eagles!
Luka Milivojevic steps up and makes no mistake – firing the ball high and towards the top corner, Rico gets a hand to it but can’t stop it. What a gift for the Eagles out of nothing!

Man Of The Match : Michy Batshuayi

Zaha is suspended for the hosts after his red card at Southampton, while Kouyate misses out with an ankle injury, but Tomkins is expected to be passed fit following a knock.
As for the visitors, full-back Joe Bryan is a doubt for the game after limping off during Tuesday’s 4-2 victory over Brighton and may force manager Claudio Ranieri to change a winning team.